June is definitely a good month for fighting game fans as Virtua Fighter 5 Ultimate Showdown is scheduled to release on June 1, 2021 in Taiwan, Hong Kong, Korea and Southeast Asia for the PlayStation 4.

Virtua Fighter 5 is part of the Virtua Fighter x esports Project that was established as part of the SEGA 60th Anniversary celebration and is a full graphical remake that will treat fans and newcomers to a fully modern experience.

Virtua fighter 5 Ultimate Showdown will feature brand new esports style features such as tournaments that follow the same rules as Double-Elimination with up to 16 players, League Matches that are played in a round-robin style, and more alongside classic modes like Ranked, Arcade, Training and Online.

There will also be a new Spectator Function that allows viewers to watch matches held in a room in real-time. Spectators will be able to enjoy viewing experiences together while cheering players on by posting stickers and more.

In case you’re subscribed to PS Plus, Virtua Fighter 5 Ultimate Showdown is part of the free games for June, so don’t miss out on it when it goes live from June 1 – August 2. 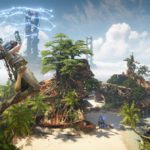 5 Horizon Forbidden West Locations we know of so far 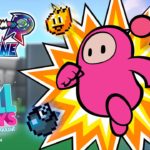