E3 has come and gone, and we have some clear news on what to expect from most publishers for the rest of the year and beyond. Microsoft came out of the gate strong, with a clean presentation and a vision that paves a way for its potentially fantastic future. Nintendo was more conservatively cautious, feeding us what we need to know, but also managing expectations on upcoming releases.

Sony, on the other hand, released the PS5 with a decent opening salvo, giving us some fantastic first party hits in the form of Demon’s Souls, Returnal, and Ratchet & Clank: Rift Apart. Their latest console is off to a blistering start and they’re showing off some strategic acquisitions from Returnal‘s Housemarque and Nixxes, with the possibility of Bluepoint Games up in the horizon. Despite delays to their marquee titles God of War Ragnarok and the uncertain release for Horizon Forbidden West, there’s much to celebrate for this supposed console industry leader.

From the recent Ghost of Tsushima: Director’s Cut PS5 upgrade controversy to the ongoing protest by Indie developers calling out Platform X as a “difficult platform to work for”, to even some microaggressions regarding the backtracking of certain opinions regarding generations, Sony has been making some strange calls lately. With some sporadic State of Play announcements and mostly radio silence, gamers and journalists alike will start to speculate, and until we get a definitive answer from Sony, we got questions.

As something that started out as a simple buzz word, Smart Delivery has been quite the feature for Microsoft, ensuring you always play the best version of your game. With the exception of some games, there’s hardly anything else you’ll need to do once you pop in a game, you just play. Combine that with the robust and extremely consumer friendly subscription service in Game Pass, and you get a ton of value both in monetary terms and in ease of use.

If you really need a song to explain it, let’s have All-4-One do it for you. It’s a great explanation, I swear, it’s all there.

Without pointing out Sony’s subscription options, the simple thought of next-gen upgrades can get confusing, and depending on the title, can consist of a number of steps.

Free upgrades are all over the place, with some games going the extra mile such as Subnautica who provided a free upgrade not only for the previously purchased copy of the game but also for the game that was given out during the Play At Home Initiative. Other games aren’t so friendly, especially if you acquired the game through PS Plus. Final Fantasy 7 Remake and Greedfall were examples of games that were given out on PS Plus recently but did not include a PS5 Upgrade.

To keep it simple, if you already have a copy of Ghost of Tsushima on the PS4, you can buy the PS4 Director’s Cut version for $19.99, which gets you the Iki Island expansion and some other stuff. To then get the PS5 Director’s Cut version, which include all the shiny bells and whistles, that’s an additional $9.99. You get a better sync for the Japanese voices, which is a plus for Kurosawa mode, but otherwise, how is that different from Final Fantasy 7 Remake Intergrade that offered the upgrade for free and simply sold the Yuffie DLC separately?

To be clear, paying for the DLC isn’t even a question at all because many fans will gladly pay for more Tsushima, but why lump the next-gen upgrade along with it?

As Youtuber SkillUp points out, “[Sony] can make a few million dollars doing this, absolutely, but they’ve also bought themselves a few million dollars worth of bad press, with social media, youtubers, streamers, and gaming publications all talking about this $10 price tag rather than the fact that one of the best games of 2020 is getting more content.” While I have my own opinions about the game, whatever goodwill they incurred with the free Ghost of Tsushima Legends update may have been dashed because of this.

Because many are choosing the free upgrade route, the general notion is that consumers would start to expect (and feel entitled to) a free upgrade. With how well received Ghost of Tsushima is, a huge majority of its fanbase will surely spend $30 to support Sucker Punch because they believe that the resulting product will suit their needs, but that’s beside the point.

As seen from E3, apart from the major announcements, a number of hidden gems and surprises were from Indie games, showcasing spectacular games that take bigger risks and tell more subversive stories compared to the tried and tested formula of crowd-pleasing AAA games.

Sony have debunked the narrative of not taking enough risks with Returnal, but it also continues to nourish and extend the same attention to Indie experiences with the likes of the highly rated Chicory to Disco Elysium Final Cut. Sony has the Midas Touch indeed.

However, due to a recent report, Sony is apparently failing Indie developers. The main takeaways of these reports are how difficult it is to work with this painfully obvious “Platform X”. Some specific complaints involve not being privy to sales numbers, not being featured unless they pony up a $25,000 fee, and of course the inability to control sales. It could be argued that other companies do this as well (talking about featuring), but again, the main point of contention is how “difficult” it has been to work with Platform X, so they’ve claimed.

Microsoft and Nintendo aren’t perfect, but the report suggests that they’re “easier” to work with and have more agency with their interactions. We could see that with Microsoft’s ID@Xbox and Nintendo Indie Direct streams really highlighting the indie games that are coming which opened up our attention to some promising titles like Soup Pot and Aerial_Knight’s Never Yield. But even with what’s going on behind the scenes, at least based on the conversations around the topic, MS and Nintendo have been easier to work with.

Personally, I really see it as branding, and Sony is clear with what they want. It may not work for many Indie developers, especially the ones without a marketing budget to highlight games that Steam and Itch.io have done through their platform. It then becomes a survival of the fittest type of deal, but maybe that shouldn’t be the case. What can Sony do to be better? In fact, how can everyone learn from this expose and nourish a culture that supports Indies properly from end to end?

Personally, most of Sony’s issues really come down to communications. Besides the PS Blog and high profile interviews, Sony’s mandate looks to be “stay silent until ready”. They’re not at all different from Nintendo, who have taken a conservative cautious stance of revealing news but both are a stark opposite to Microsoft, who have been clear, concise, and transparent with how they approach the generation.

In a way, you could say that Sony’s image has been shaky recently, and the lack of communications haven’t done them any favors. It doesn’t help that certain points of contention aren’t exactly popular even with the fanbase. Jim Ryan isn’t Phil Spencer, each has their own strengths and weaknesses, and while Ryan is a numbers guy who has taken Sony through a hugely successful launch period over a worldwide pandemic (big props to that), what Sony could use a lot more of now is another “Shawn Layden” – a friendly face that’s willing to engage with the community, which in turn gives its fanbase a steady supply of good publicity in between those big reveals.

Community engagement is a challenging balancing act, because while you are attempting to appease consumers, you won’t be able to please them all. Sony’s silence definitely bypasses this issue, but they’ve been more reactive recently rather than proactive, dealing counter punches instead of running further ahead with their momentum from the previous generation. Maybe a little song and dance from Boyz II Men might help Sony’s case?

Sony had shown time and time again that they can deliver the experiences fans expect from them. Historically, players received GOTY caliber games from Sony year in year out, which verifies Jim Ryan’s promise – they’ll let the games do the talking. And when Sony releases announcements, the hype is real.

This generational transition period hasn’t been easy, especially during the pandemic. Plans may have been derailed, but it’s too late to cry over that now, and performance will be judged on how these companies react and adapt.

Microsoft has been licking its boots for years, but they’re poised to make a big comeback. Nintendo is, well, just being their usual self, dancing to their own tune. With a State of Play presentation coming up and maybe a big announcement here and there, we’ll hopefully see what Sony has in store for its faithful in the years to come. Yet right now, it would be nice to get some feedback once in a while because little by little, Microsoft and Nintendo are making it a bit too easy to jump over the fence. 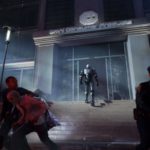 RoboCop is getting a new game in 2023 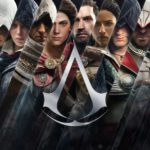