Wield the Dark Side of the Force with Vader Immortal: A Star Wars VR Series, this Summer for PSVR

May the Dark Side of the Force be with you as Vader Immortal: A Star Wars VR series, has just been announced for the PSVR. Launching in the Summer of 2020, it will contain all 3 episodes and Lightsaber Dojos and developed by ILMxLAB, as announced by the PlayStation Blog.

Check out the official bundle trailer below:

If the previously released Oculus exclusive is anything to go by, expect Vader Immortal to be a great addition to the growing PSVR portfolio, scoring mostly positive reviews on Metacritic, calling it the “best Jedi simulator to date.”

Dubbed as a “A canonical part of the Star Wars galaxy, Vader Immortal is a cinematic, narrative adventure connected to the events of Star Wars: Secrets of the Empire — also produced by ILMxLAB — and is set between Star Wars: Revenge of the Sith and Star Wars: A New Hope.”

No price or release date has been announced but Vader Immortal: A Star Wars VR Series is launching this Summer, PSVR sold separately and required. 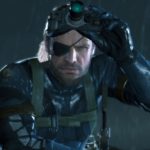 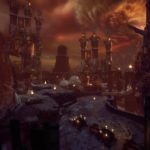 Take a look at the first screenshots of the upcoming title The Lord of the Rings: Gollum for the next-gen consoles