On November 15, Xbox commemorates 20 years of gaming, blazing a trail that has them currently as one of the biggest players in the gaming industry. In celebration, Xbox has announced a couple of peripherals that looks back at their history and how this has shaped the brand today.

Covered in a translucent black finish that is reminiscent of the original Xbox Debug Kit, the Xbox 20th Anniversary Special Edition Wireless Controller will be a nostalgia hit for fans of the brand. Accented by a green logo and green textured grips, the controller will come with an exclusive 20th anniversary dynamic background once connected to your console.

Similar to the controller, the 20th anniversary stereo headset is also draped in the trademark black and green of the brand, with translucent earcups that help distinguish it from the regular headset.

Xbox has also partnered with Razer for a 20th Anniversary Quick Charging Stand, along with some Xbox apparel from the Xbox Gear Store.

Will you be picking up any of these to celebrate 20 years of Xbox? 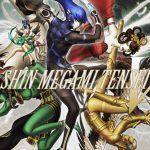 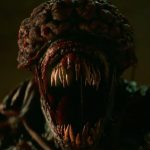