During TennoCon 2021, developer Digital Extremes announced that the immensely popular Warframe will be getting (finally!) cross-play and cross-save functionality, allowing players from literally all platforms to play on the go with each other. Would be a perfect Steam Deck game!

The feature, which has no specific release date at the moment, is under development, and is arguably one of the most requested from the fans. PS4, PS5, Xbox One, Xbox Series, Switch, and PC players can soon rejoice, and while the game is actually free to play, transferring progress wherever you choose to play may be its biggest draw yet.

A mobile version of the game is also in development, and while no specifics have been given, more details about the game will be shared when the devs are ready.

Warframe will also be getting new content later this year. Named “The New War”, the update will bring a new foe called the Sentients, which is sure to add more acrobatic ninja action and countless hours when it releases.

You can check out the reveal trailer below (as well as a full 30 minute gameplay demo on Youtube):

Warframe is now available for the PS4, PS5, Xbox One, Xbox Series, Switch, and PC. 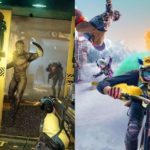 Ubisoft’s Rainbow Six Extraction and Riders Republic have been delayed 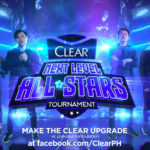