Valve announces the Steam Deck, a $400 challenger to the Switch

Long rumored, Valve has now announced the Steam Deck, which is basically a handheld gaming PC that will be their crack at the handheld market. It looks like a Switch, sans the removable side controllers, but is arguably more powerful and consequently, more expensive.

The Steam Deck comes complete with back buttons, full left and right trigger buttons, a touch screen, 2 analog sticks, a microSD expansion slot… the works, basically, to make it your on-the-go handheld PC and your one stop device to access your Steam library from.

Best thing yet, based on an interview with IGN, the Steam Deck is technically a PC, which means that you can pretty much install anything on it, including other storefronts. Of course it isn’t optimal, since it has its SteamOS for that, but the possibilities are pretty exciting.

The Steam Deck will come equipped with the following specs:

You can view the full tech specs over at the Steam Deck website.

The Steam Deck will come in 3 models, each with varying storage capacity and SSD speeds:

A dock will also be sold separately, which will allow the device to output video to an external display, but alternatively, a regular USB-C hub will do.

IGN has an exclusive hands-on preview of the device, which you can view via the video below:

Local pre-orders in the Philippines is not available at the moment, and if you want a crack at owning the Steam Deck, reservations will open on July 16 at 1PM Pacific where you’ll need to register and pay a minimal fee to have a spot in line. 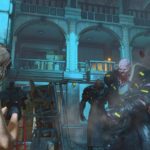 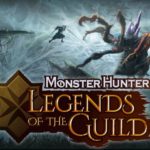 Monster Hunter: Legends of the Guild premieres exclusively on Netflix in August