Sony have announced that Days Gone will be riding its way to the PC via Epic Games and Steam with a release date confirmed for May 18, 2021.

As per a post on the PlayStation Blog, Days Gone will have 21:9 ultra-wide monitor support, unlocked framerates, improved visuals, mouse and keyboard support, and all post-launch content. Days Gone follows Horizon Zero Dawn as part of a lineup of games from Sony that will be making its way to the PC.

Days Gone is an open-world action game set in the high-desert of the Pacific Northwest two years after a mysterious global pandemic has decimated the world, killing most but transforming millions into mindless, feral creatures. In the middle of it all is Deacon St. John, a bounty hunter and drifter who lives in the lawless wilderness outside the civilian encampments.

The system requirements for the game can be seen below, as per its Steam page:

Sadly, it seems that Days Gone 2 may not see the light of day, as per recent reports that the pitch was denied due to the first game having a rather lengthy development cycle and mixed reception when it first debuted. The first game is currently part of the PS Plus free games lineup for April and is also a part of the PS Plus Collection for PS5 users.

Will you be playing the game when it makes its way to the PC? 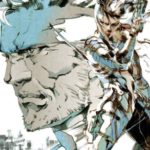 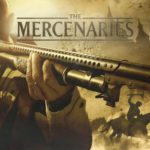