We’re one week away from E3 and finally, we have a full schedule reveal, which gives us a good look at what we can expect from one of the biggest shows in the industry.

There’s a lot to cover here, and between the 4 days of the event, you can expect a ton of huge announcements from every company, with all eyes focused on the Xbox and Nintendo showcases.

What shows are you looking forward to based on this E3 2021 Schedule? Let us know! 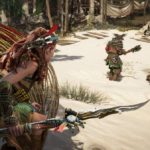 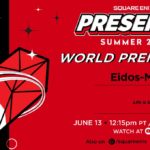