Sony Interactive Entertainment Singapore announced has announced that the upcoming PlayStation 4 exclusive Ghost of Tsushima is now available for pre-orders with the suggested retail price of the Standard Edition at PHP 2,999 and the Collector’s Edition at PHP 10,599.

Through a Facebook announcement by the official DataBlitz page, both the Ghost of Tsushima Standard and Collectors Edition is now available for pre-order through THIS LINK.

See the announcement below:

The Standard Edition pre-order will cost PHP500 and will include the base game, a digital mini soundtrack, Jin avatar, and Jin dynamic theme.

The Collectors Edition pre-order will cost PHP2,000 and will include everything from the standard edition with the addition of a collectors Steelbook, cloth map, Sashimono war banner, Sakai Mask, 48-page mini artbook, Samurai dynamic theme, Hero of Tsushima Skin Set, director’s commentary, and other in-game items.

All physical disc pre-orders will come with a limited edition Ghost of Tsushima Omamori Key Holder while supplies last.

Ghost of Tsushima is scheduled for release on July 17 for the PlayStation 4.

Update: Game One PH / I-Tech have announced pre-orders as well and you can secure your copies through THIS LINK. 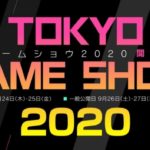 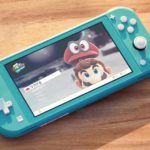