The Playstation Showcase has been a mixed bag of surprise hits and expected updates, but the biggest game that almost everybody has their eyes on is arguably the next God of War.

Sony did not disappoint, finally unveiling the first look at God of War Ragnarok, which is also now the official title of the game.

In this intense follow-up to 2018’s much-celebrated God of War, we pick up where we left off with Kratos and Atreus, now wanting to know more about his new identity. Along with their actions from the last game, it seems that Atreus’ desire for knowledge is leading them closer to Ragnarok. In doing so, they must search for Asgard’s own God of War, Tyr, who is long believed dead.

As detailed on the PlayStation Blog, all 9 realms are now accessible from the initial 6 in the last game. Vanaheim, Svartalfheim, and Asgard are now within reach along with new areas from the previous realms. Thor and Freya have also been confirmed to be the main antagonists in God of War Ragnarok, along with a new cast of characters throughout the journey of Kratos and Atreus.

God of War Ragnarok launches in 2022 exclusively for the PS5 and PS4. 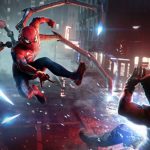 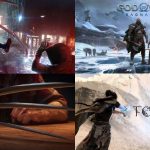