It’s been a long time coming, but we finally get a glimpse of the upcoming Halo Live-Action TV series in the form of a very short teaser during the recently concluded Xbox 20th Anniversary Event.

Very short indeed, as the clip is only less than 30 seconds, but it’s a good look nonetheless at Master Chief (Paolo Schreiber from American Gods) and what could be Cortana (Jen Taylor to reprise her role) with a familiar greeting.

Apart from this, there’s very little news about what it will be about, but we do know at least that the target premiere date will be in 2022 and will be a Paramount Plus exclusive.

According to a Wikipedia entry, the Halo Live-Action cast will be as follows:

In other Halo-related news, the multiplayer beta is live as of today, 3 weeks ahead of the campaign release which is still scheduled for December 8. 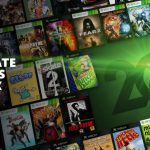 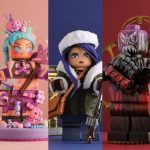