Horizon Call Of The Mountain Announced For The PlayStation VR2

With the recent details about the PlayStation VR2 being revealed by Sony, another reveal comes by the way of a new “Horizon” title by Guerrilla and Firesprite Games called Horizon Call of the Mountain, built especially for the next-gen VR hardware.

Horizon Call of the Mountain Details

There isn’t much to go by way of details, except for a teaser trailer, but Guerrilla Studio Director Jan-Bart van Beek has mentioned that it will push the PlayStation VR2 with immersion, innovation, and gameplay and will be a brand-new adventure that will be told through a brand-new character in the world of Horizon.

The new protagonist will be able to meet Aloy and other familiar faces in the game, and promises to “give a new meaning to being fully immersed into the world of Horizon” thanks to the new PlayStation VR2 Sense Controllers.

No release date has been given for Horizon Call of the Mountain, but it would not be too far off to think that it could be a launch title to go with the hardware when it releases.

Are you looking forward to the game? 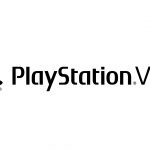 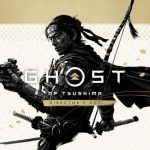