I was both excited and dreading playing Little Nightmares II after going through Little Nightmares just recently. Excited because I was looking forward to the continued adventures of Mono and Six but dreading it because if the predecessor was any indication of the terrifying things I’ll be facing down in the sequel, I don’t know if I could take it.

Recently, I’ve been playing quite a lot of horror games of varying degrees of content. There are the conceptually terrifying but aren’t terrifying on screen (Control), there’s the straight up scary because it’s designed to be scary (The Maiden), and there’s The Medium. However, there’s something fundamentally primal with how Little Nightmares presents their monstrosities, and I’d rather take Lady Dimitrescu stomping on my neck any day of the week.

While our demo impressions colored us impressed with the game, there’s always this underlying doubt that this latest installment may not do the series justice. Will it not live up to the fright the first game made it out to be? Or is it basically more of the same thing?

The Nightmares aren’t so little

If you’ve played the first game, you know full well what to expect of Little Nightmares II. The demo was but a brief taste, and you’ll be glad to know that the game is an improvement in almost all aspects over its predecessor. From visuals, to atmosphere, and even to audio, this outing makes the first game quite pale in comparison.

Once it got going, Little Nightmares II was a lot more fast paced. There are sequences where the level monstrosity by design will be alerted to your presence and the process of escape is part of the puzzle you must solve. So prepare to sprint, jump, and platform your way out of the mess all while preventing jump scare sequences littered throughout.

Little Nightmares II cranks up the jump scares to eleven and has designed it so that even tiny elements can cause some level of stress. While of course diminishing returns will come into play when you die a lot, there’s this one sequence where I would still get flustered every time the long necked teacher would be alerted to my presence. And I fall for it all the time.

Some semblance of combat has been added to the game. I wouldn’t necessarily call it combat per se. While yes you do engage in violence, there’s timing involved and there’s a sequence that you must follow. It’s not like any other action game where you spam the attack button until you hit something squishy. While in the previous game, Six is not able to fight save for the final encounter, I feel that the protagonists are given a bit more agency in this game. In a way, adding combat to the mix definitely keeps it fresh.

If you’ve played the demo, you would know that Six is now a non-controllable AI. However, Six is also a valuable ally to help you out with your quests. She can point out clues, help you traverse taller platforms, push heavier objects, and even catch you during a long jump that require an additional few meters to clear. There are moments where you and Six will be separated due to level design, and it takes away your “security blanket” of sorts. Don’t get too comfortable or too attached to Six, because there are many times where you will have to traverse the challenges alone.

The joy in platforming and puzzle solving in this game is that sometimes you will be solving relatively easy puzzles while other times, you will tend to overthink what should have been very simple solutions. Early in the game, there’s a puzzle that required me to throw an object through a painting. However, I was overthinking the puzzle and thought that I should be putting toys from a nearby room into the light because I need to set it on fire as there were burnt items nearby. I felt really stupid at that time, and maybe you might too.

I feel the eureka moment was one of the main forms of catharsis in this game. You frustratingly attempt to complete a challenge, but you fail and you use trial and error to solve puzzles. Even then I feel that some puzzles actually require you to die to “get it”. While this may be a negative for some people, I feel that it’s the process of clearing the level really gives the feeling of accomplishment.

I have yet to try it on a PS4 to compare, but playing on the PS5 will immediately introduce you to one of the best things the new hardware is capable of – reduced loading times. Little Nightmares II, in a sense, is a trial and error game much like the first. This also means that you’ll be dying a lot trying to figure out things, and it certainly helps that loading times are very minimal, allowing you to get back to your puzzle solving ways.

It is interesting to note that this review copy is a PS4 version played on a PS5, since the native next-gen versions are still due later in the year. Even then, benefits like better resolution and faster loading times are immediately felt and very much welcome.

The brightness levels are adjusted and the color levels provide tonal balance when playing, which is great because I don’t feel like I’m looking at the same setting for a good hour. I’m actually more motivated to play this game than when I played Little Nightmares because of the variety of locales and scenery, from an ominous forest to a claustrophobic boarding school. It gives us more to look at versus the monotonous ship levels from the first game.

The game makes a good play with its use of light and shadows, effectively creating tension and suspense even in the well-lit areas of the game. Each level is also littered with tiny details – leaves rustling as you run by, paper flying around – that make the experience really stand out

By utilizing diversity in what you see, they’ve created this gorgeous and uncanny world around you, and when it isn’t terrifying and you have a moment to bask in the landscapes, you get to admire the work put into breathing life into the game. The game, despite its dreary themes, feels so alive.

Some quality of life improvements are present, like when you pick up keys, you actually put it in your pocket instead of carrying it across several rooms like in the predecessor. It’s a simple thing, but I appreciate the thought, because it does get tiring holding down the trigger button after a while. I also have a minor nitpick, as there were some questionable checkpoints that start you a room and a half away and you will have to elude the damn long necked teacher again. Also, some glitches towards the end of the game stain an almost perfect playthrough.

I liked that they added hidden hats throughout the levels, and on top of the collectibles this time around, it gives us more replay value especially for those looking to squeeze out every ounce of gameplay. Finishing Little Nightmares II isn’t a tough task, but it is longer than the first game. Depending on how you play, it’ll take nearly double the time (anywhere from 6-7 hours), something more dedicated gamers can do in one sitting. Or a weekend.

Also, if you dare, switch off the lights and play with good headphones. The sound design of the game creates an immersive feel where you become part of the atmosphere. Every creak, whisper, and moan will alert you, and it also doubles the jump scare factor. There are some puzzles where tonal shifts can aid you to solving them, so it’s a strong recommendation. Actually, this is a game where a good set of cans is almost a must.

While the game focused more on the situational terror, the actual creepy vibe wasn’t too crazy on this game. There’s something deeply unsettling with the first game but here, while there were moments of stress, actual images of fear aren’t too present. It’s friendly enough for the easily disturbed who actually want to enjoy a good horror game. I personally wanted more unsettling stuff, but I guess I’ll look for it somewhere else.

Little Nightmares II surprised me with how much more it has improved over the last game. While the visual cues are still the same, it is most definitely an upgrade. The larger levels, different puzzle styles, and new mechanics such as combat and teamwork keep the game fresh and leave me asking for more. I was curious in how they could make the game fresh from its predecessor and they’ve definitely delivered, and then some.

The game is actually scary. While it wasn’t as unsettling as the first, which is a good thing for the easily disturbed, it still has enough frights and jump scares to keep you on your toes. It’s not necessarily a bad thing, in a way. Maybe call it accessibility, because everyone has certain thresholds of fear. We can’t really be playing a sustained period of time in a heightened stress state. Imagine playing 40 hours of Alien Isolation and Outlast? No, thank you. At my age, I’ll take my six hours and call it a day.

Simply put, Little Nightmares II is surely a must buy especially if you enjoyed the first game. Playing it on the next-gen consoles raises the bar even more, and nothing tops the experience off better than a good pair of headphones to get you fully immersed in the world.

*Little Nightmares II was reviewed on a Playstation 5 via a review code from the publisher. 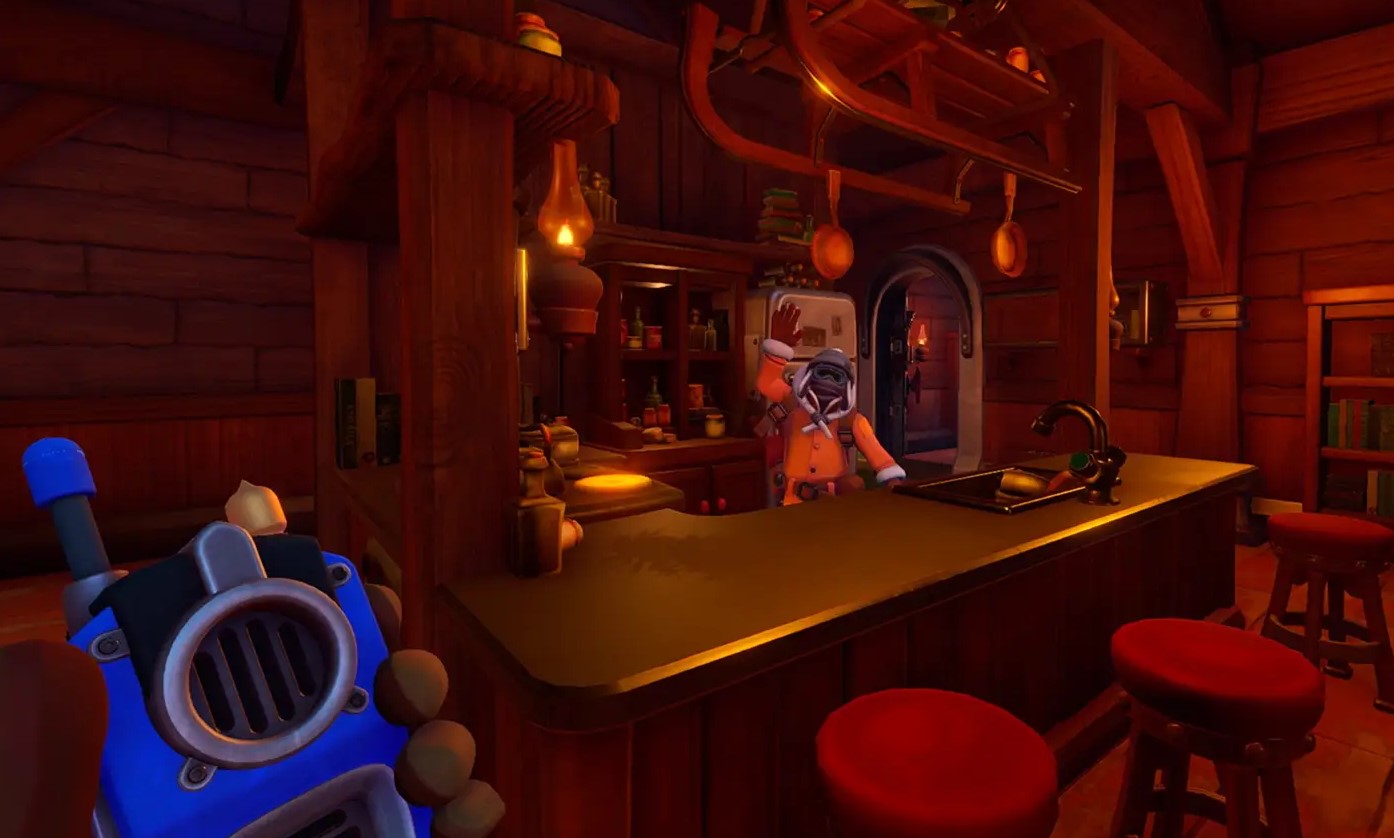 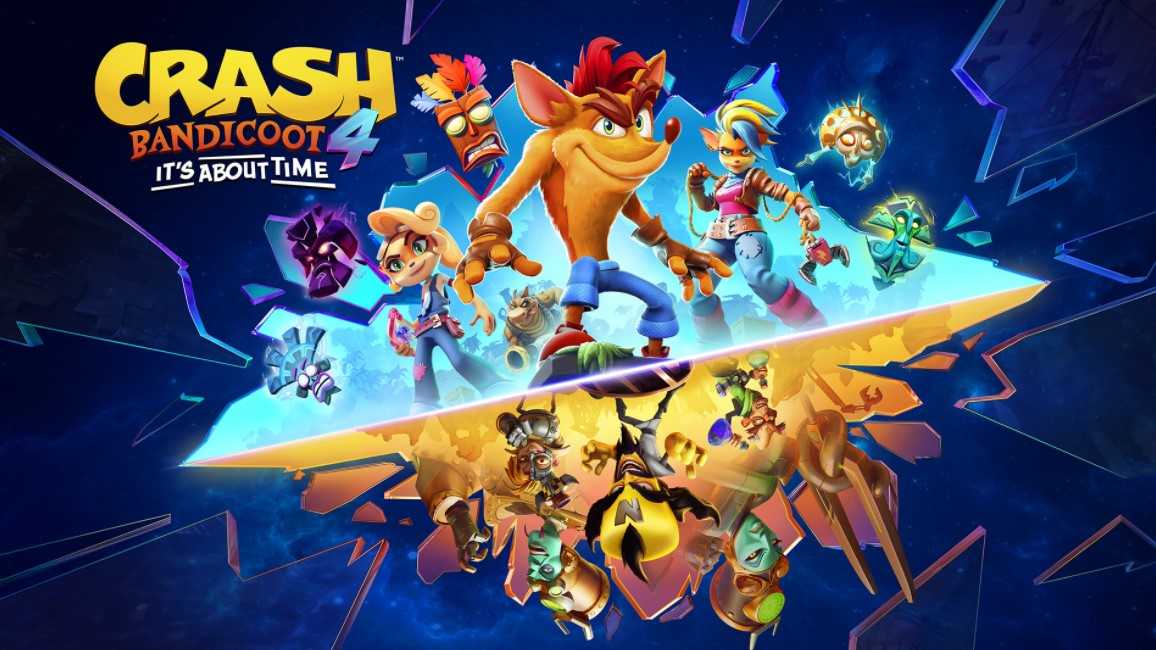 Crash Bandicoot 4 gets a Nintendo Switch, PS5, and Xbox Series launch on March 12