Take-Two Interactive, home to hits like Grand Theft Auto and NBA 2K, has more surprises incoming for gamers worldwide, as indicated by their latest earnings call which states that the company has 3 unannounced “new iterations of previously released titles”.

As spotted by Dex0318 on Resetera, Take-Two’s recent Q1 earnings call showed on one slide the slate of titles that the company has planned for release. It shows a number of releases like NBA 2K22 and OlliOlli World, but also shows three unannounced titles, which could either be a remaster or a remake.

What these three titles from Take-Two Interactive could be is anybody’s guess. With a GTAV re-release coming, it might be a safe bet to say that Red Dead Redemption 2 or an RDR compilation might also see a PS5 / Xbox Series release. Maybe Max Payne or even Bully?

At the moment, all guesses are just that, guesses. It would be wise to keep expectations in check, but it’s good to know that these remasters or remakes could possibly bring back some fan favorites from the past. 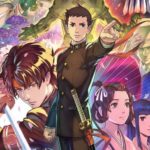 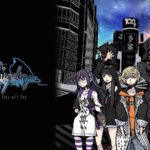 NEO: The World Ends with You Review – Welcome back to the Reapers’ Game