The Xbox Series X has made its move, with plans to showcase next generation gameplay from it’s third party portfolio including Ubisoft and Assassin’s Creed Valhalla. Sony has been quiet since the DualSense reveal, but all that may change this month.

Mounting reports suggests that a PlayStation Event may be happening in either late May or early June, June 4 to be exact.

VGC initially reported that “One person with knowledge of Sony’s plans told VGC that the company was recently planning to hold its significant PlayStation 5 reveal in May.”, which falls in line with a statement from Niko Partners’ Daniel Ahmad about some of the reveals happening much earlier due to the E3 cancellation.

Jeffrey Grubb from GamesBeat then proceeds to reveal in ResetEra that “Something is happening June 4, and it’s next-gen games related. People saying Sony could still announce hardware before that are absolutely right.” Whether it is something similar to the DualSense reveal or a dedicated event is still unknown at the moment.

Jason Schreier, a very reputable source in the industry, comes full circle and tweets about the Xbox Series X gameplay reveal on May 7. That’s not the clincher.

A few replies down, when asked about Sony’s plans, Schreier proceeds to say “Few more weeks I believe”.

Of course, this could be just everyone trying to piece things together since Sony has been suspiciously quiet about the PS5. It could also be completely valid and we may finally hear from Sony in the next few weeks. Either way, it’s just a matter of time until it happens. We just hope it happens sooner rather than later. 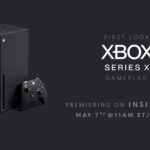 First look at next gen gameplay courtesy of the Xbox Series X happening on May 7, includes Assassin’s Creed Valhalla 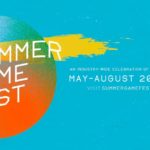