As if there was any question, both Netflix and Riot Games have fully confirmed that Arcane, the hit animated series that is sweeping the globe, will be having a second season. Best part? It’s under production already, but no release window has been given yet.

“We’re beyond happy about the positive response to Arcane’s first season and are working hard with the creative wizards at Riot and Fortiche to deliver our second installment,” said co-creators Christian Linke and Alex Yee.

Back to reprise their roles are Hailee Steinfeld as Vi, Ella Purnell as Jinx, and Katie Leung as Caitlyn Kiramman. As for the others, we’ll have to wait and see!

In case you haven’t seen the show yet, we can assure you that you’ve been missing a lot, proving that video game adaptations can actually be good. The hit series has been critically acclaimed and will appeal to even newcomers of the Riot Games universe, blending sublime visuals with masterful storytelling and a rocking soundtrack to boot.

All episodes are now available to stream on Netflix. 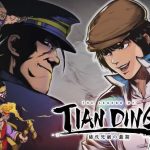 The Legend of Tianding Review – A Refreshing Take On The Genre 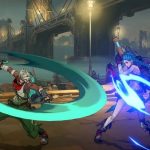 Project L is an upcoming tag-team fighting game from Riot