Call Of Duty: Vanguard Season One Will Feature A Filipina Operator

Call of Duty: Vanguard Season One is now live, bringing with it a huge content drop that will feature a new map for Warzone, a new Battle Pass, and much more.

As with a new Call of Duty season, new operators will also make their way into the game and this group is called Task Force Trident, led by one Francis “Kai” Lanakila. He is supported by a sniping specialist Lewis Howard, and a close-range specialist in Isabella Reyes, who turns out to be a Filipina.

Isabella is a close-quarters specialist trained in Arnis and will be one of the three new operators joining the game in Season One and she will be available sometime early next year. It would actually be interesting to see if she will have Tagalog voice lines as well!

You can check out Isabella’s full profile below:

Citizenship: Commonwealth of the Philippines

Raised in the Territory of the Philippine Islands, Isabella was trained by her father from a young age to be a martial arts master. During her childhood, he taught her Arnis, the national martial art of the Philippines. Together they practiced hand-to-hand combat, as well as fighting with sticks, knives, blades and learning weapon-disarming techniques.

Following her father’s tragic passing, she joined the Hukbalahap Resistance, where she further honed the fighting skills he had taught her. A deadly close-quarters specialist, she continues the fight in order to seek justice for her father.

Isabella, along with the other operators, will feature their own 20-level operator progression path, including xp bonuses, 2 new skins, and other rewards. In case you fancy leveling them all up, you’ll earn a special gold-trimmed operator skin for your troubles.

Call of Duty: Vanguard is now available for the PS4, PS5, Xbox One, Xbox Series, and PC. 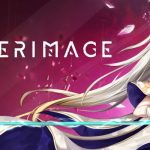 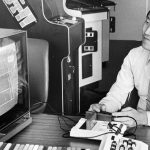 Legendary Creator Of The NES and SNES, Masayuki Uemura, Has Passed Away