After numerous trailers and character updates, we finally get a release date for Demon Slayer The Hinokami Chronicles. In this official trailer, we get a first look at the story (which you probably already know if you watched the anime, which is fantastic btw) and gameplay, along with a release date scheduled for October 14, 2021 in Asia, and October 15 in the West.

The gameplay loop will feature the protagonist Tanjiro against a series of demons, and you could also challenge online opponents in their multiplayer. A digital deluxe edition has also been announced, allowing early access and special cosmetics on October 13th. PS4, PS5, and Steam users get access to 13 unique avatars in addition to the digital deluxe bonuses.

Demon Slayer The Hinokami Chronicles will launch on October 14 on PS4, PS5, Xbox One, Xbox Series, and the PC. 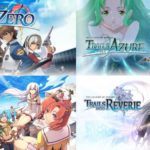 NIS America will be bringing 4 ‘Trails’ games to the West 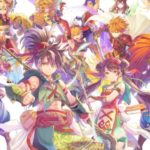