Ghost of Tsushima Director’s Cut has some neat easter eggs for Bloodborne, Shadow of the Colossus, and God of War

Ghost of Tsushima showed some love to some of their other properties like Sly Cooper and Infamous when the base game was released last year and now in the Director’s Cut, they’re bringing the rest of the family in to enjoy Iki Island.

As you start to uncover more of Iki Island from the Ghost of Tsushima Director’s Cut DLC, you’ll come across three wind shrines that seemingly do nothing, but there is a record you can read that will reveal some hints pointing to Bloodborne, Shadow of the Colossus, and even God of War.

The shrines themselves hold some sort of puzzle that we haven’t figured out yet, so we’ll be playing more of it until then.

We won’t be showing the records and where to find these so that you may discover them on your own, but check out some of the screenshots below that show the references to the aforementioned games.

Can you spot the references to Bloodborne, Shadow of the Colossus, and God of War?

Spoiler alert: This article shows portions of Iki Island, please avoid reading further if you want to uncover the secrets on your own.

There are also some paintings on the walls in another area of the game for some other titles that you may recognize. Spot anything that you know?

Ghost of Tsushima Director’s Cut will be available on August 20 for PlayStation 4 and 5. 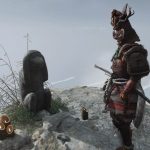 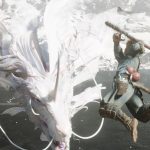