Hearthstone Mercenaries looks to revitalize the game, can appeal to purely PVE players

Hearthstone is about to get a huge bump in content come October 12 as Mercenaries, the new game mode, is set to go live. Mercenaries is totally free and a new way to play Hearthstone, so everyone is certainly invited to try it out to see what the fuss is all about.

Ahead of its release, we got to sit down and take a shot at the upcoming mode and suffice to say, Mercenaries offers a lot of content to sink your teeth into, even if you’re just looking for a purely PVE affair.

Mercenaries offers the core card-battling gameplay of Hearthstone but takes it in a slightly different direction, employing a rock-paper-scissors mechanic to determine damage effectivity against opponent cards. You use Mercenary cards that belong under 3 roles – Protectors (red), Fighters (green), and Casters (blue), as signified by their card color. These cards have set abilities that unlock as you level up and your team composition will be key in winning the battle.

Mercenaries is Hearthstone’s take on an RPG setting but still keeps it familiar by using the same systems you’ve come to familiarize yourself with, just with some tweaks that keep gameplay fresh and fun.

Hearthstone endgame is understandably built around PVP content, with the usual grind to Legend being a regular thing for players. Competitive players surely won’t mind, but some players such as myself just want to chill and play on our own time, and Mercenaries will certainly cater to a purely PVE audience if you’re worried about that.

Mercenaries will center around your progression in terms of quests and bounties, as you start in the Village, a hub of sorts that allows you to access everything related to this mode. You control Mercenaries, with the likes of Diablo, The Lich King, Sylvanas, and much more, each with different abilities that will require proper deckbuilding and synergy.

The “grind” will center around leveling your Mercenaries, which can be done by obtaining character-specific mercenary coins (Diablo needs Diablo coins, etc) from various sources. Upgrading your mercenaries will also give them additional abilities and you’ll be able to dress them up with equipment pieces as well, which provides them with further abilities that can aid you in battle.

The mode is pretty straightforward and you don’t really control as many cards as you do in a regular Hearthstone match which is a great incentive for those looking at getting their feet wet into the game without drowning in the deep waters right away.

It’s also pretty easy to play, despite the fact that the Mercenaries endgame features insane synergy and deckbuilding. During the battle, actions from both players are resolved during the same combat phase but abilities are gated by a speed mechanic, which will dictate the sequence of attacks during the combat phase. This alone makes it much different from the base Hearthstone game, which sees players take turns playing their cards and setting up future moves.

You could say that Mercenaries offers up a heftier serving of mind games, due to the fact that you can straight-up counter some abilities by the opponents if you make the right predictions. I got to play some matches with some heavily leveled cards and it is satisfying when you get to chain some abilities that work well with each other. At the same time, it could easily be the other way around, especially if your loadout is comprised of cards that are weak against the role composition of your opponent.

I was pretty skeptical at first but after spending a couple of hours on the mode, it certainly is something quite different but also very familiar at the same time. As someone who enjoys content that I can consume on my own time without the pressure of facing off against players who are infinitely better than me, Mercenaries was a breath of fresh air.

Competitive players may also get a kick out of the mode since there is PVP as well so Mercenaries will cater to a broad spectrum.

It’ll be interesting to see if Mercenaries will revitalize and give Hearthstone the jolt it needs, but the mode is certainly a huge injection of content that will give both competitive and casual players a new way to experience Hearthstone. 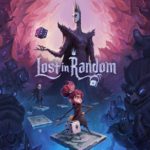 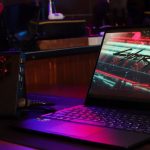