It has been a long time since we last saw a new game from Konami, which is now a shell of its former self. From putting out such legendary IP’s like Metal Gear Solid, Silent Hill, and Castlevania, fans have been waiting for a long time to see these franchises make their return once again. A recent report might spark some hope for fans if proven to be true.

This report comes from VGC, who says that they’ve been spoken to by publishing sources anonymously since they didn’t have permission to publicly discuss the projects. These sources have told VGC that after a company restructuring of its game development divisions, Konami is ready to enter the premium games space once again.

There are 3 games that Konami is specifically working on according to the report – Metal Gear, Silent Hill, and Castlevania.

Metal Gear, in particular, is interesting because the report states that the remake project currently in development is Metal Gear Solid 3: Snake Eater, and not the original MGS game as various other rumors suggested. Virtuous, the devs behind the Dark Souls Remastered and The Outer Worlds Switch ports, are reportedly working on the remake.

The other MGS games will also be receiving a remaster for modern consoles, and is looking to be released ahead of the MGS3 remake.

As for Silent Hill, it is said that “multiple” Silent Hill games are currently in development across various external studios. In particular, one of these games has been outsourced to a “prominent Japanese developer” earlier this year.

Castlevania will also be getting a new game, and the report points to a “reimagining” of the series, which is currently in the works by Konami themselves with external studio support.

In the same report, VGC has mentioned that Konami has plans to reveal these projects during major shows next year as long as the pandemic does not disrupt plans any further.

Are you excited about the possible return of Konami? 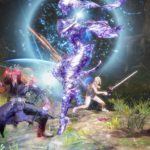 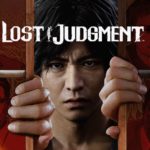