Mass Effect Trilogy Remaster is reportedly in the works, may also launch on the Switch

EA is scheduled to release a lot of games this year, even for the Nintendo Switch. Titles like Burnout Paradise Remastered, Command & Conquer remastered, FIFA 21, Madden 21, and even NHL 21 were already named as part of the roster but there was an “HD remake of an EA game” that has yet to be named, which was part of the topics during EA’s Q4 Fiscal Year results call.

Going back to the report from VentureBeat, it seems that the title had already been given and it is the Mass Effect Trilogy, as mentioned by Jeff Grubb.

Oh, and that HD remaster of an EA game is the Mass Effect Trilogy. Just don’t expect that to also launch on Switch — at least not at first.

You can see that statement close out his article, but without any solid proof or confirmation from EA, we’d like to consider this a rumor for now, but a very good one if it holds true.

The Mass Effect franchise is a highly acclaimed one and it would make enough sense for EA to want to bring the trilogy back to life for the current console generation seeing as how Andromeda was not quite the savior everyone thought it would be.

Thankfully, we may not have to wait too long for word on this. EA’s digital event called EA Play will happen on June 11 so we hope there’s an announcement or teaser of some sort during the digital showcase. Also, this unannounced HD title was scheduled for the current fiscal year, which places it anywhere from today until March 31, 2021.

We’re happy with whatever, EA, but please please let it be Mass Effect? 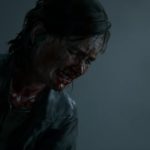 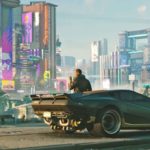