Tired of the old Super Smash Bros. Ultimate? If you’re looking for something that’s quite similar but of a different character set, something to the tune of SpongeBob, the Teenage Mutant Ninja Turtles, and much more, then Nickelodeon All-Star Brawl is for you.

As exclusively revealed by IGN, Nickelodeon All-Star Brawl will be headed to the PS4, PS5, Xbox One, Xbox Series, and Switch in Fall 2021 and will be developed by Ludosity and Fair Play Labs, published by GameMill Entertainment.

The game will reportedly include 20 levels based on shows from the channel and will have single and multiplayer modes featuring local and online support.

IGN have also revealed the first batch of characters included in the game. This is not the final list yet, but have stated that this is what they know at the moment:

Nickelodeon All-Star Brawl will be headed to the PS4, PS5, Xbox One, Xbox Series, and Switch in Fall 2021. 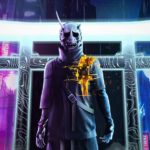 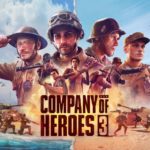