Fans looking forward to more Nintendo news in the region will be glad to know that the company has launched its official website and Youtube channel just ahead of the launch of the Switch OLED model later this week.

While the website doesn’t have much in terms of news at the moment, we can expect things to ramp up shortly, possibly being the regional site for Southeast Asia.

In particular, one thing that is prominently missing from the site is the eShop for the region, which may or may not happen until we get official confirmation from Nintendo themselves. The appearance of a regional eShop, similar to PlayStation Asia, may mean easier payment methods and regional pricing, which is good news hopefully even for fans from the Philippines as well.

Nintendo has also set up a Shopee and Lazada Store for residents in Singapore, possibly signaling that they plan to hopefully start distributing in SG first, and then hopefully in the region soon after.

For now, this may not mean much yet, especially for gamers in the Philippines, but we’re hoping this is just the start of an expansion in the region and eventually, a bigger and more official presence. 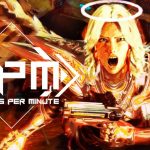 BPM: Bullets Per Minute Review – A unique rhythm shooter that won’t be for everyone 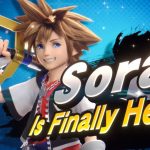 Super Smash Bros. Ultimate final character is none other than Sora from Kingdom Hearts