Our Most Anticipated Games Of 2022

After a year filled with delays and unfortunate incidents, 2022 promises to be a crazy year based on the caliber of titles lined up. We’re hoping you’ve gotten hold of either a PS5 or an Xbox Series because while most of these games are still cross-gen, the experience of playing all of these games is instantly taken to the next level because of the latest hardware.

This short list of most anticipated games spans various genres, and there’s more than enough variety for everyone to enjoy. From RPG’s to Action Adventures, this list of 2022 games potentially holds a number of Game of the Year nominees, so you can expect some high-profile names in there.

Here are our ten most anticipated games that we’re definitely looking forward to as 2022 is just right around the corner.

OMG’s Most Anticipated Games Of 2022

Release Date: February 25, 2022
Platform: PS5, PS4, Xbox One, Xbox Series, PC
If you ask anyone in the world of gaming what their most anticipated game of 2022 is, it’ll be safe to say that Elden Ring will be a heavy favorite. With a pedigree built upon by the crushingly difficult Dark Souls series matched with the narrative written by Game of Thrones author George R.R. Martin, the cultural significance of this game is not one to scoff at.

If the closed network test is anything to go by, Elden Ring could already be a heavy favorite for Game of the Year.

After a long silence, Nintendo finally decided to bless their fans with a glimpse of the long-awaited Bayonetta 3. Coming sometime in 2022, we can only hope that the game doesn’t get delayed because we definitely need a healthy dose of Umbra Witch action soon.

Now in only Nintendo can finally announce Metroid Prime 4…

Release Date: February 18, 2022
Platform: PS5, PS4
Aloy was supposed to bless us once again this year, but because of the many challenges the industry is facing, our trek to the Forbidden West was delayed to 2022. Thankfully, we won’t have to wait too long, and the game is looking mighty fantastic, making it one of the most anticipated games for many.

It’ll be playable on the PS4 too, but trust us when we say that you’ll want to experience this on the PS5 at any cost!

Release Date: March 4, 2022
Platform: Nintendo Switch
From the minds behind Octopath Traveller and Bravely Default, fans of strategy games will certainly want to get their hands on this upcoming gem for the Nintendo Switch.

Square Enix is looking busy in 2022, but between titles like Stranger of Paradise and Forspoken, Triangle Strategy is high up on our list of most anticipated games.

Release Date: April 28, 2022
Platform: Xbox Series, PC
After more than 10 years (did we count right?), we’re finally getting a new S.T.A.L.K.E.R. game again! Giving out some eerie Fallout vibes paired with some real horror elements, it’s clear that we’re down for a Spring reckoning and if the gameplay trailer is anything to go by, we’re in for a treat.

Release Date: November 11, 2022
Platform: Xbox Series, PC
Starfield has big shoes to fill, being the first new IP coming out from Bethesda. Skyrim in space is probably the safest way to describe the game, and with a day one drop for Game Pass subscribers, Xbox fans will be able to explore the vast reaches of the universe, making it another title that’s on the list of most anticipated games for many players.

Release Date: TBC 2022
Platform: PS5, Xbox Series, PC, and Switch (Cloud)
One of the biggest surprises of 2019 gets a sequel, and if you’re in the Xbox ecosystem, it’ll drop day one on Game Pass too. With the enhanced version of A Plague Tale: Innocence dropping earlier this year for both the PS5 and Xbox Series, there’s almost no excuse to not play it before the sequel drops next year.

Release Date: TBC 2022
Platform: PS5, PS4, Nintendo Switch, PC
Oxenfree is considered by some as a Game of the Year contender when it released back in 2016, so Night School Studio’s follow-up is definitely a much-anticipated title. Oxenfree II: Lost Signals expands on the highly intriguing and bizarre island that has some strange time loops going on.

Release Date: TBC 2022
Platform: PS5
Another title that has gone on for quite a while without any update, fans are eagerly awaiting what has befallen Final Fantasy XVI. Whatever you thought of FFXV, this next installment may turn things around especially with Yoshi-P taking the helm for this entry in the long-running franchise, instantly making it one of the most anticipated games for Final Fantasy fans.

We’ve got to hand it to you if you actually expected the game to drop this year. After Santa Monica Studios finally confirms the delay, we’ll have to wait for the continued adventures of Dad and Boy in 2022. Lucky for PS4 owners, you’ll be able to experience it there too as God of War: Ragnarok is surely one of the most anticipated games for everyone.

Just with this list of our 10 most anticipated games alone, you know that 2022 is going to be HUGE, and we haven’t even talked about other notable entries like Dying Light 2, Gotham Knights, Gran Turismo 7, Stray, and much more.

It’s gonna be big and 2022 most anticipated games are very high profile, so enjoy your holidays and catch up with as much backlog as you can because once 2022 comes along, it’ll be a non-stop barrage.

*all game release schedules are subject to change. 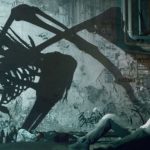 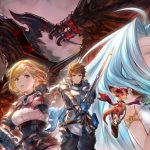 Granblue Fantasy Relink Gets A 2022 Release For the PS4, PS5, And PC