Celebrating its 25th anniversary in a few months, Atlus has revealed a special website to commemorate the occasion which teases 7 new projects which are set to be announced between September 2021 until Fall 2022.

The Persona series has sold 15 million copies overall, with 5 Royal and 5 Strikers, selling more than 1 Million units each, certainly stealing a lot of hearts in the process.

7 new projects is a lot, and it may not necessarily mean 7 new games, so it could also mean some anime-related content and others.

On a separate part of the site, which showcases new merchandise, a box set of acrylic stands can be seen which showcases all of the mainline Persona games with the exception of 2 more announcements as denoted by the blank spaces. This would most likely mean 2 new games, but it’s anyone’s guess as to what they will be and if 2 new games are indeed in the pipeline.

Will it be Persona 6 (finally?) Will we even see it coming?

Got any predictions as to what they may be? Let us know your wildest guess! 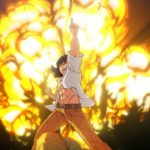 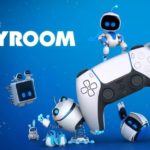