PlayStation 5 will be harder to get due to component shortages

In case you’re still one of the many who haven’t gotten hold of a PlayStation 5, the promise of a Happy Holiday may continue to be elusive as Sony is reportedly cutting production of the console by around one million units, leaving less to go around as the year comes to a close.

Sony is reducing its PlayStation 5 production outlook from more than 16 million units down to about 15 million by March 2022, Bloomberg reports, citing sources familiar with the operations of the company.

CFO Hiroki Totoki has pointed out that logistics issues and parts shortages have grown severe, as evidenced by its slow sales trajectory. Earlier this year, the PlayStation 5 smashed records by becoming the fastest PlayStation console to hit 10 million units sold, even faster than the PlayStation 4. Since then, its pace has lagged behind and should continue on until the shortages are addressed.

This ongoing problem is not only a Sony or Microsoft concern, as they both struggle to put out more stocks of their consoles into the hands of gamers. Valve has also been hit, delaying their Steam Deck to February 2022, citing “global supply chain issues.” 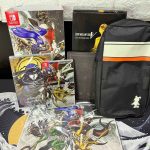 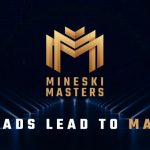