The PS Plus August 2021 lineup is supposed to be revealed sometime next week, but it seems somebody pushed the button a bit early and accidentally leaked the lineup for next month, on the Sony PlayStation website no less.

For the PlayStation 5, announced as early as the Deathloop State of Play, Hunter’s Arena: Legends will be the first game. To round up the list, Plants vs. Zombies: Battle for Neighborville and Tennis World Tour 2 will be offered. Of course, since there isn’t any official announcement yet, it would be wise to take this with a grain of salt.

Just in case the website gets updated, here are screenshots for reference:

Based on the information from the website, these games will be available to download starting August 3. As such, you have a couple of more weeks to avail of the July lineup, which is A Plague Tale Innocence (PS5), Call of Duty Black Ops IV (PS4), and WWE 2K Battlegrounds (PS4).

What do you think of the upcoming PS Plus lineup? 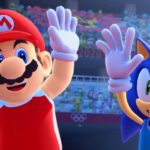 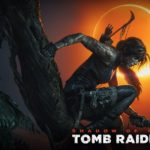