If you’re on a high from the recent spree of Marvel games like Wolverine and Midnight Suns, then a rumor floating around that a PS5 exclusive multiplayer game might excite you even further.

As spotted on Reddit, the rumor discussion actually starts at around the 1:06:46 mark of the Xbox Era Podcast, where Industry insider and Xbox Era co-host Shpeshal_Nick goes on to say that “Sony is all-in on Marvel” and “Marvel and Disney are clearly all-in on Sony”. Nick continues to say that there is allegedly a “Multiplayer Marvel Game” in the works and will probably be a PS5 exclusive.

It is not known at the moment what studio is working on this project, if it is even true at all, but Nick goes on to speculate that it could be Insomniac, given their ties with Spider-Man and the upcoming Wolverine game. Nick goes on to stress that his statement about Insomniac is purely speculation but when you think about it, if manpower is not an issue, it would certainly be a great fit given the talent and results.

Even then, as all rumors go, this is best taken with a huge grain of salt but Nick has quite a good track record with these things, and also somewhat got the Iki Island expansion right.

Does a Sony Marvel PS5 multiplayer game sound interesting to you? 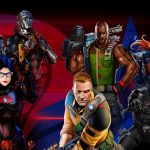 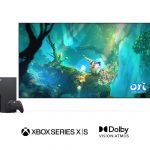