So, it has come to this. Stardew Valley creator Eric Barone, also known as ConcernedApe, has announced a $40k tournament titled the Stardew Valley Cup, essentially making it an esport.

Set to happen on September 4, teams will compete in several challenges that will pit teams and individuals against each other to see who is the best farmer out there. To some, it is one of the most relaxing and peaceful games out there, but to competitors, it will soon be a battlefield for a rather huge prize pool.

As Kotaku points out, Barone has partnered with Stardew Valley YouTuber Zach “UnsurpassableZ” Hartman to come up with “over 100 special challenges for players to complete in order to earn points and move up a leaderboard” and players will have 3 hours to complete as many as they can.

It’ll be quite interesting to see how all this will go, especially from a spectator’s point of view since the game and its tasks are actually quite therapeutic and relaxing for some. I’m guessing there’ll be some taunting and trash-talking involved during some heated moments? What’s next, a Soup Pot tournament?

Whatever the case may be, it all goes down next week! 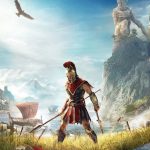 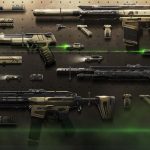