Super Smash Bros. Ultimate final character is none other than Sora from Kingdom Hearts

In what could be considered as a bittersweet moment for Super Smash Bros. Ultimate, the 82nd fighter has been revealed and it is none other than Sora from Kingdom Hearts.

Masahiro Sakurai hosted the special show to the cheers (and possibly boos) of many, as Sora completes the list of fighters included in Fighter Pass 2, which includes Min-Min, Pyrrha and Mythra, and even recently added Kazuya from Tekken.

You can view the full presentation below:

Here’s a peek at some of the color variations and poses of Sora:

And here is the stage and song list that will accompany the addition of Sora:

Players with a save file of Kingdom Hearts: Melodies of Memory will get a special track, Dearly Beloved -Swing Version-. One extra arranged song is also included, which features “Hand in Hand”, arranged by none other than Yoko Shimomura.

A lot of fans were very much looking forward to this Super Smash Bros. Ultimate reveal, and while some may be disappointed, Sora has been a heavily requested character from way back, and with his appearance here, finally Masahiro Sakurai can take a rest… or will he?

Sora will be available on October 18 as the last character of Fighter Pass 2 for Super Smash Bros. Ultimate. 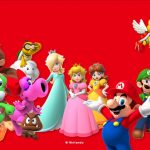 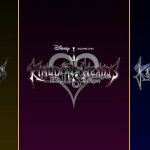 Kingdom Hearts is finally coming to the Nintendo Switch, but as Cloud Versions