Aspiring game dev in the Southeast Asian Game Region? Got a great game idea that you think would make it big but don’t have the resources to make it happen? The Toge Game Fund Initiative could be just what you need to get things started.

Toge Productions, publishers of the recently released roguelite platformer Rising Hell, have started the Toge Game Fund Initiative, which aims to help game dev talent in the region fulfill their dreams by funding a game pitch to create the next big hit.

This is certainly good news for those looking for a good break in the industry, and based on the FAQ on their website, the conditions are quite generous, with the developers still owning 100% of their IP. Apart from the funding, Toge Productions will “provide consultation & mentorship, project management assistance, as well as testing & feedback.”

Through all of this, Toge will only request the Right of First Refusal, which basically means that “Toge will have the first chance to offer the developer a publishing deal before other publishers.”

Toge Productions is an indie game developing company located in Indonesia with a focus on premium console and PC games. Starting in 2017, they have reached the stage of becoming a publisher on top of developing their own games. The company has now worked with various other game dev companies around Indonesia such as Gamechanger Studio, Mojiken Studio, and Tahoe Games.

Interested game devs can submit their pitches to the TGFI Submission Form and you can find out more about the Toge Game Fund Initiative through their website. 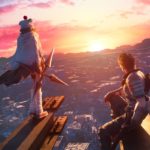 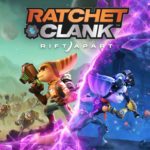