Review: 13 Sentinels: Aegis Rim – Vanillaware is Back With a Vengeance

So good!
September 26, 2020 By Vincent Ternida 11 Mins Read
Share on Facebook Share on Twitter Pinterest LinkedIn Tumblr Email
Share
Share on Facebook Share on Twitter Pinterest Email
Advertisement
The OMG Review
Our review format is not your usual fare and we’ve broken it down into 3 very simple ratings! “Buy it!” means that the game deserves a place in your collection. Be it day 1 or a slightly delayed purchase, it’s hard to go wrong with this title. In numbers, this is around an 8/10 and above. “Wait for it…” means that the game probably isn’t worth it at its day 1 price point, we suggest you wait for a sale before jumping in. In numbers, this is around a 5 – 7/10. “Ignore it!” means that the game is not something we’d recommend playing, whether it be now or in the near future, unless you want to intentionally hurt yourself. Let’s not even go to the numbers for this one.
Sneak Peek

Ever since their last published game – Dragon’s Crown back in 2013, Vanillaware went for a long hiatus broken by PS4 remastered releases of Odin Sphere Leifthrasir and Dragon’s Crown Pro, released in 2016 and 2018 respectively. Known for their beautiful watercolor artwork, intricate character design, addictive side scrolling gameplay, and intricate non-linear storytelling – Vanillaware was one of the publishers I was excited about going into the eighth generation expecting to revitalize the stagnating JRPG genre. However, in their absence, the visual novel actually took off with Spike Chunsoft leading the way of its greatness with Kotaro Uchikoshi’s excellent Zero Escape trilogy, the Danganronpa series, and Steins;Gate. The JRPG fell by the wayside with Square Enix reminding us of Final Fantasy or Dragon Quest’s legacy or Atlus updating their Persona remasters bleeding our wallets dry with the same, rehashed stuff.

To my surprise, when 13 Sentinels Aegis Rim was announced a few months prior and Vanillaware made a quiet comeback, I jumped at the chance to try their next installment. From the get-go, the title starts strong going against the grain of the overwrought and exposition heavy JRPGs present throughout the PS2 era moving forward. The stage is set in 1985, where an incoming kaiju army invades a densely populated Japanese metropolis. With conventional weapons impervious against such a power, enigmatic mechas – The Sentinels – appear to combat these monstrosities boasting superior firepower pushing back against this invading force. Amidst the excitement, the story takes a step back and explores the young pilots of these Sentinels living carefree lives before this invasion. As each character’s prologue unfolds, we find out that these future warriors are part of an intricate plan that spans generations connected by time travel, government conspiracies, and high school drama.

Jumping into the game, it reminded me of Front Mission 3 meets Odin’s Sphere’s non-linear storytelling. In terms of character roster, they have about the same amount of characters as Front Mission 3 and double that of Odin’s Sphere. Unlike Odin’s Sphere’s Gwendolyn, none of the characters seem to stand out from the get go. However, the story plays out on a more grand timeline that spans between 300 or so years of time travel jumping from WWII era Japan to the post apocalyptic wasteland of 2060 to the new age of humanity in the early 2100’s. The myriad of events and mysteries that encompass the game is vast and piques my interest in the grand scheme of the world they’ve created.

What really stands out from this game boasting the Vanillaware storytelling mechanic is how their narrative adapts seamlessly into the Visual Novel genre. Unlike the Steins;Gate series, which bombards you with text and voice-over, it follows more of Danganronpa and Zero Escape’s approach towards a more interactive playstyle. It touches on the hallmarks of the visual novel with cues on certain words and clues, where the glossary mechanic in Steins;Gate has been replaced by the Thought Cloud mechanic where a character can ruminate on an item, idea, or character. When encountering a character, one could unlock additional dialogue options as well as uncover Mystery Notes where you can uncover more events by spending Mystery Pointsearned by completing battles and bonuses from receiving an S rank on missions.

With thirteen characters to explore, each with their unique voices, quirks, and storylines, every character’s unique interaction with each other opens a new path to character choices, unlocking mysteries, and exploring relationships. Though the first two hours of the game really start slow, introducing such a vast world and going through an intricate tutorial system for both its strategy-RPG element and its visual novel element. Once you’re through half-dozen prologues and tutorials, the game opens up to a free-to-roam interface where you could completely discover as much of the story as possible or you could skip that for the Front Mission style Strategy RPG combat. I’m a more narrative-driven gamer, so I explored the visual novel component first before really diving deep into the Strategy-RPG parts. In fact, I cleared about 50% of the visual novel component before even diving into the very first post-tutorial mission of the game. Your playstyle may be the opposite, to get as much as the fighting out of the way before diving into the story, and the game does not fault you for it. In fact, as long as you clear the missions, most of the visual novel parts would be easily accessible.

If you feel that the story would give everything away by plowing through the narrative, a character’s progression hits a wall where you could not progress a character’s story until you’ve collected such components like specific battle missions or if you’ve unlocked different areas of the codex by using Mystery Points earned through said combat. Some of the blocked stories are unlocked by progressing in some of the characters’ story arcs. Like Octopath Traveller where certain characters have better stories or better branching consequences than others, the visual novel doesn’t just lock you into a specific character’s story from start to finish. The storytelling is well constructed as certain reveals are held back until you have completed certain story arcs for some characters. Each of the thirteen protagonists contribute to the mysterious and alluring world that Vanillaware has built, and not one deviates from the organic unity of said world that’s built on inspirations from classic science fiction stories from War of the Worlds to The Terminator. There’s enough science fiction fodder for every subgenre you know and love.

While travelling down the Front Mission nostalgia train is a welcome distraction, I didn’t have a good first impression on the battle system. The grids do remind me of Front Mission, but in terms of design and detail, it felt like it was tacked on. I could see that most of the development has been put into the Visual Novel aspect of the game and the strategy-RPG part appears uninspired.  However, playing more of the mecha battles later into my first hour, I could see why they didn’t go all out with the design. They’re short bursts of strategy action ranging between five to ten minutes of game time before returning back to the visual novel aspect of the game.

Of the Sentinels I’ve controlled, they each have their own unique style of combat. You have the melee types that are great against tanky kaiju, while you have the long range types that are effective with clearing the board of creeps. Finally, your command center allows you to charge an ultimate attack to slow down the wave of kaiju obliterating your city or activate a support skill that either heals your Sentinels or increases experience. While it may seem like a turn-based battle at first, it quickly becomes complicated as the waves of enemies don’t wait for you to make your move. They bombard your units with chip damage, setting up for the larger kaiju to deal a substantial amount of hurt. Yet as protagonists, you do have an advantage with powerful attacks that expend special skills. It deviates from the tried and tested Front Mission and Super Robot Wars style strategy and is more akin to a quasi-real time strategy format.

Once you’ve completed the tutorial phase, it becomes a lot more Front Mission-esque when you start to spend Meta-Points earned in battle and in completing character chapters to learn skills and upgrade current attacks. As the pilots level up, they learn unique individual skills that boost other characters you bring into the field. The challenge is also ramped up by bonus objectives you can earn additional Mystery Points from completing. While my first impression of it wasn’t great, the more I played the Strategy-RPG component, the more it brought me back to the updated Front Mission style game. My bad first impression has been debunked and I feel the “outdated” graphics actually contribute highly to its unique style.

While I felt it started a little slow to set up the world, it also ended at the right amount of time story-wise, but it was only when I was starting to get going with the Strategy-RPG part. Unlike classic Front Mission games, where you scour through long campaigns, collecting parts, upgrading skills, and improving your mechs, the simplified customization gives you enough to go by. If you feel that you want to get your money’s worth, you could always increase the difficulty of the skirmishes for more Mystery Points and complete your trophies. However, for a visual novel akin to the Zero Escape series, it’s a little on the short side. Though don’t let the price deter you from enjoying a beautifully crafted science fiction visual novel.

If you’re willing to spend on this type of game, you’re in for a short but remarkably satisfying experience. Vanillaware is back with a vengeance with a well-crafted title on their hands that greatly outdoes Odin’s Sphere. It’s a wonderfully crafted story with enough jaw-dropping twists and reveals that will keep you guessing at its many mysteries. Unlike most visual novel games that take a break from the reading and flowchart progression with uninspired puzzles (I’m looking at you Nine Doors, Nine Persons, Nine Doors with your damn timed sudoku puzzle) with exciting strategy mecha action.

While I feel that it is a little steep at launch price, it is the JRPG/Visual Novel I’ve waited since the end of the Zero Escape series and brings back what Front Mission missed out on with their modern titles. The story alone is wonderfully crafted and it ranks up there with other visual novel classics like Oxenfree, Steins;Gate, and the Zero Escape series. If you’ve missed the JRPG genre from the Playstation One era as well as what it could’ve been at the end of the PS2 era, this is definitely the game for you. I’d suggest to even switch on the Japanese dub to get the full experience of the game as it was intended. Actually, the Japanese dub is the only way to go, because the English dub is quite the ear ache.

For budget conscious gamers, I would suggest putting it on your Wish List and buy it as soon as it goes on sale even at 10-20% off, it is worth the price tag. For those who are unfamiliar with the visual novel format, this game is a perfect entry point for that type of genre. If you’ve played Strategy-RPGs in the past, it’s a great jump off point to get into the rhythm of the game. While I would say it’s 70% narrative-driven and 30% strategy-RPG, at the very least you’re in for a visual treat you rightfully deserve. 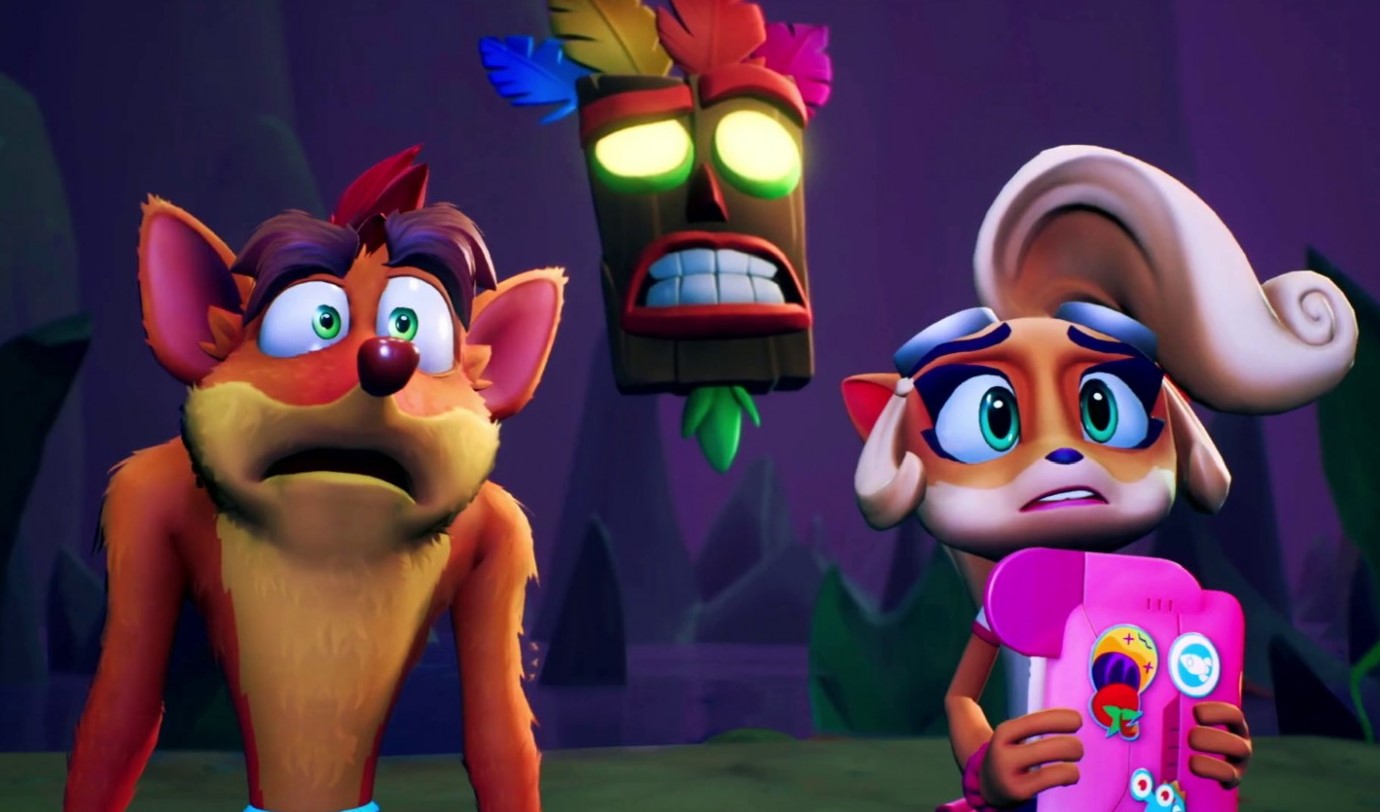 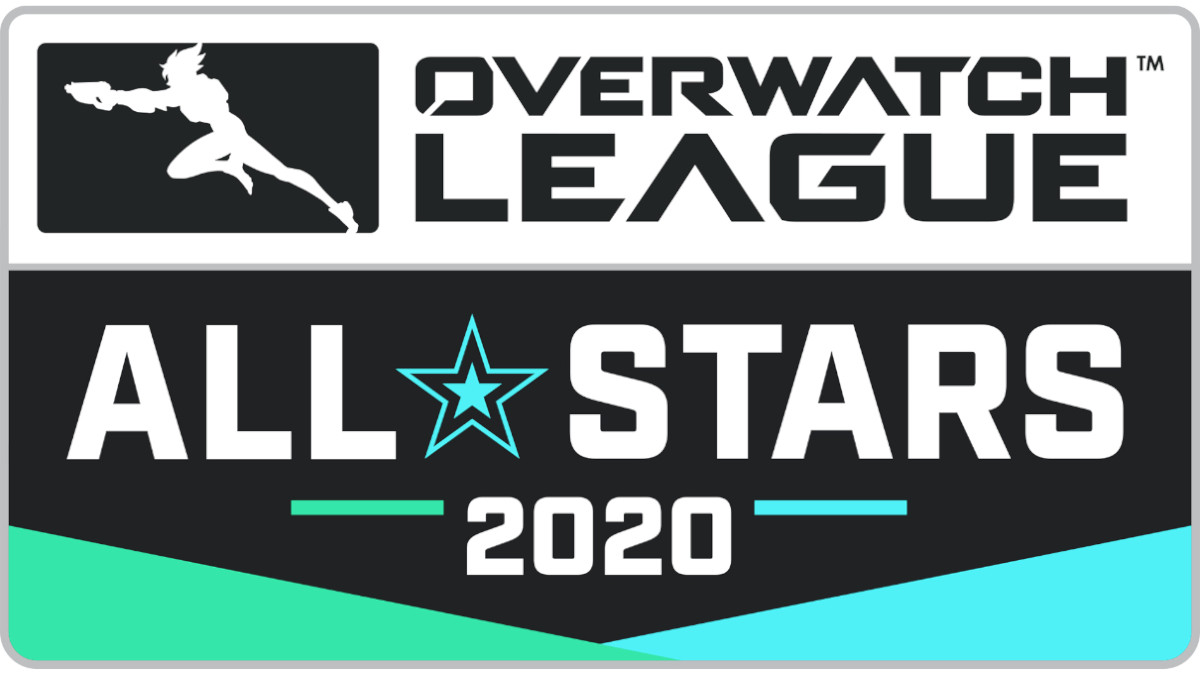