Ahead of the official reveal happening in just a few more hours, a massive Battlefield leak has occurred, ironically through their own Origin store. Apart from a bunch of screenshots, the leak included the official name of the game, titled Battlefield 2042, as well as as a release date which is set for October 15.

The information comes by way of Twitter user @Okami13, who posted the leaked images, even showing what is potentially the cover / title screen.

Additional details revealed by Okami was that the new game will have 7 maps that will feature up to 128 players, and will allow weapon / gadget / vehicle customization. There will also be a “Specialist” system in the game, and will launch with Standard, Gold, and Ultimate Editions.

Of course, since the official reveal has not happened yet, it would be wise to take this information with a grain of salt. If proven to be real though, then it looks like Battlefield is making a mighty comeback.

Are you looking forward to the next Battlefield game? 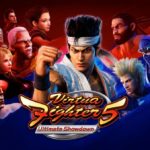 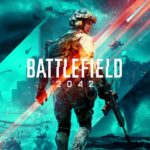 Battlefield 2042 officially revealed, fully multiplayer, and will release on October 22