Already running from a full head of steam from previous reveals, Battlefield 2042 is getting even bigger with the introduction of Battlefield Portal, a community-driven platform that gives players the power to offer imaginative modes of play to create their own definitive Battlefield experience.

Developed by Ripple Effect Studios, Portal is the third mode that will accompany Battlefield 2042 on launch alongside All-Out Warfare and Hazard Zone, an all-new squad-based mode that has yet to be revealed.

You can mix and match content from all the Battlefield games from all across the board, like 1942 versus 2042 matches, or even knives versus defibrillators battles. Take note that there are limits to the editor, meaning you can’t play as a penguin with a flamethrower, though that idea is pretty sweet.

“Battlefield Portal is truly a love letter to our passionate and long-time fans,” says Justin Wiebe, senior design director at Ripple Effect Studios. “We’ve created a set of tools that really gives the community the chance to create their own signature Battlefield experiences, while also bringing back these iconic Battlefield classics for our veteran players to revel in and our new players to experience for the first time.”

On launch, Battlefield Portal will include all content from Battlefield 2042, including fan-favorite elements from other games in the franchise, including:

The return of Factions to Battlefield Portal also means that we are bringing back soldier archetypes such as Battlefield 3’s Assault, Engineer, Support and Recon roles. 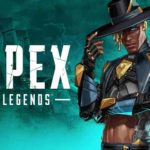 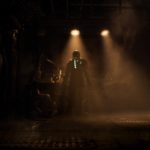