As announced by the Capcom Asia Facebook Page, they’ve officially announced the inevitable news of Resident Evil 3 copies facing possible delays due to the COVID-19 pandemic.

Be advised that only Physical copies (and other packages / bonuses that come with the release) will be affected, digital copies and sales are still on schedule for April 3. As their official distributor, Datablitz will be giving us updates as they come.

Square Enix have already announced that physical copies of the Final Fantasy 7 Remake will be delayed and now, RE3 officially takes the hit as well. Like FF7, digital will be the way to go if you want to play RE3 on day 1.

We’ll be updating you on further delays as they are officially announced. 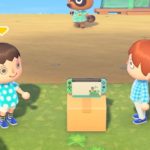 You can duplicate items in Animal Crossing: New Horizons, but expect a patch soon 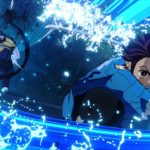 A Demon Slayer: Kimetsu no Yaiba game is headed to the PS4 in 2021