Sony has revealed that the price for Death Stranding Director’s Cut standard edition in the Philippines will be PHP2,490 for the Physical version.

As one of the much awaited remasters revealed back in June during Summer Game Fest, Death Stranding Directors Cut books a September 24 release date and a much awaited feature-filled trailer on what to expect.

Besides the much celebrated main questline featuring a mind-bending story that involves connecting the cities of America ravaged by a mass extinction event, Death Stranding Directors Cut contains a lot of new additions that have been developed from the ground up. Since this is the definitive version of the game, additions like the Half-Life and Cyberpunk 2077 content from the PC version will also be available here.

Check out the brand-new trailer below:

While there are advanced combat mechanics such as upgraded melee, mounted guns, and the Maser gun ready to be used, other mini-games such as a race track called Fragile Circuit, a Firing Range, and New Story Missions will be available for players. New Delivery Support systems such as the Cargo Catapult and Jump Ramp allow for a variety of gameplay strategies that will make doing deliveries a snap.

It’ll cost $10 (around PHP500) to upgrade from the PS4 version of the game to the Death Stranding Director’s Cut Digital Deluxe Edition, but you can purchase the full PS5 base game for $49.99 (around PHP2,500)

A Death Stranding Director’s Cut Digital Deluxe Edition has also been revealed, which will retail for $59.99 (around PHP3,000) and will include a number of in-game items such as backpack patches, customization items, an avatar set, and an art and soundtrack selection.

Death Stranding Director’s Cut is launching on September 24 for the Playstation 5. 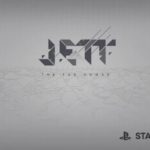 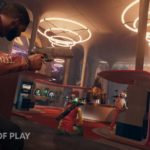