Whatever you thought of Final Fantasy X-2 (I liked it), the idea of Final Fantasy X-3 might be far-fetched, seeing as it has been years since we’ve heard news about these particular titles. All that praying by Yuna may have turned out well, as it seems that the idea of an X-3 is not such a long shot after all.

According to a recent interview in Famitsu (translated by RPGSite) that discussed about Final Fantasy X, Tetsuya Nomura mentioned that “If we are to make X-3, we somehow have a synopsis written by Nojima-san. It’s sleeping right now, but the plot itself does exist.” Kazushige Nojima, for those unacquainted, is the scenario writer of the original Final Fantasy X game, so it is certainly nice to see that the game has not been forgotten at all. The fact that X-3 already has a synopsis is already a big step, should they choose to pursue the idea.

Sadly, if this were ever to happen, it would take a really long time, given how certain things are moving in this time of the Pandemic. Final Fantasy X Director Motomu Toriyama mentions that “The probability is not zero, but we are not in a phase where we can talk about it, unless we have finished producing FF7 Remake.”

This statement alone suggests that if it even were to happen, it probably won’t take place until maybe 5-10 years from now, given how many more games Final Fantasy VII Remake would take and how long each part would take to develop.

As someone who adores X-2, all I can say about the possibility of X-3 happening is… 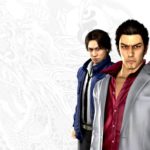 Players sure love Yakuza 4 for some reason 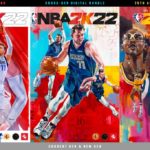