The COVID-19 pandemic has been tough on us all for the last year and a bit, but while everyone seemed to gravitate towards Netflix or Animal Crossing, Final Fantasy VII Remake saved my sanity. It was a return to form, an introduction of a dynamic Active Time Battle system that finally worked for the series, and it gave me the Final Fantasy VII experience I wanted back in 1997 but didn’t get due to technological limitations. We had to create a new rating of “Editor’s Choice” to communicate how much we loved the game, and before Hades came into the picture, it was my clear Game of the Year.

Final Fantasy VII Remake Intergrade is a welcome addition to the franchise as we wait with bated breath for the eventual sequel and even Final Fantasy XVI. When it dropped during the State of Play announcement back in February with Yuffie in tow, expanding on the already expanded universe promising another look at Midgar from Wutai’s point-of-view, it was an instant “take my money” moment.

To be clear, Final Fantasy VII Remake Intergrade is basically a fancy term for this release being the upgraded PS5 version that brings with it a ton of visual and technical improvements, which we’ll get to later. The upgrade is free if you already own the PS4 version of the game (not from PS Plus). The new content, strictly speaking, is simply the INTERmission Yuffie DLC, which is also sold separately if you don’t plan on buying the full package again.

‘Cause we are living in Materia world ♫

The story of INTERmission is located between Chapters 8 and 9, so if you’re keen on doing a retrospective, playing it after the Reno fight would be a good way to go about it. It’s a well-placed break on the story before Cloud meets Aerith, and we get to learn how Shinra has affected the world beyond the borders of Midgar. While the retrospective seems to be a good idea, we highly recommend playing it after you’ve finished the game.

Yuffie is introduced flawlessly, and is the central character of this expansion through and through. She is bubbly, full of spunk, and filled with optimism, which is completely contrast of Cloud’s brooding presence that carried 18 chapters of Final Fantasy VII Remake, only to be broken up by Aerith’s stoic joy and Tifa’s undyingthirst passion for the Avalanche cause.

In its essence, INTERmission invites the player to share in this perspective to show that the world of Midgar isn’t all doom and gloom as what is being imparted in Cloud’s myopic point of view. Even her movements are different, allowing Yuffie to wall run, swing from obstacles, and break boxes with her shuriken. It’s also cool that these movements turn certain areas into puzzle levels where you utilize your movement to receive better area treasures.

Sonon balances out Yuffie’s joyful disposition and naivete. He is accommodating, professional, and unlike Barrett, a commendable leader who is able to defer his emotions for the endgame. Much of his backstory has been revealed in the brief two chapters of the story, and even then I felt a connection with this newly introduced character. It’s a shame that unlike the main party of Final Fantasy VII Remake, we could not switch to him, and he feels like a quasi-Red XIII who you have in your party and give commands to, but cannot fully control.

Combat is fluid with Yuffie, which reminds me of Tifa’s combo-centric fighting style. The throw function allows your Fuma shuriken to deal continuous DPS as you could chain it with a chain magic combo, and finish with one of your ninja abilities such as “Art of War”. With Sonon in your party, you now get two ninjas for the price of one, but also could synergize their moves allowing for ultra-fast stagger. If only we can add Tifa to the team, it would be a match made in DPS seventh heaven.

There’s a variety of side content that’s in some way related to the main game’s side content, including the Happy Turtle fetch quest, VR challenges, Shinra Box Buster Challenges, and Fort Condor.

Fort Condor is a fun mini-game to get hooked onto and it will surely make up a big chunk of your INTERmission completionist playthrough. It employs a sort of lane vs lane type of game that involves strategic placement of units to overwhelm the enemy towers to take the win. It’s a great reimagining from the original, and just goes to show that Square are serious about this whole effort being a full-fledged remake for fans of the original.

The story mission for INTERmission is quite brief, and if you’re going for a completionist run, the entire DLC can run you between 4-12 hours, depending on how much you’re willing to invest your time into. Much of the content provided makes the $19.99 price tag worth it, although we would have wished for more Yuffie side-quests to be added.

Not just a fixed door

Returning to the main game, Final Fantasy VII Remake earns its “Intergrade” badge pretty well. Back in the PS4 Pro, you’d think the game already looked good, with the biggest offenders being the texture pop-ins when in the Sector 7 Slums.

Personally when I played FF7 Remake last year, I never even noticed the now infamous blurry door. Nostalgia is indeed a powerful drug. In Final Fantasy VII Remake Intergrade, Square Enix have done more than just fix the door, but it went on and just simply spruced the game up beautifully to make this the definitive version – There’s better overall lighting, improved texture quality, and gone are the issues that plagued the last-gen release.

Final Fantasy VII Remake Intergrade also takes advantage of the PS5, getting you into the game faster than ever before. From the dashboard to the title screen, it’ll only take you less than 10 seconds, and less than 3 seconds from loading a saved game. The new hardware does the game wonders, and is a much better experience overall because of it.

Finally, the photo mode is a nice touch, especially when things look as good as the game does. Photo Mode allows you to capture iconic moments in the game and they really make good wallpaper for your desktop. There are a few other surprises the game has in store, but I’d leave it up to you to discover them.

Being one of the few lucky ones to own the system, playing this game in its “Intergrade” form is such a privilege that is truly magnified when you get to experience 60fps and almost no loading times. Anyone who own a PS5, whether replaying the game or a first-timer, would surely enjoy this release in its most polished state, the way it was meant to be played, fixed doors and all.

It pains me to know that while the game does indeed have its inherent value, not giving PS4 players access to the INTERmission DLC is a tough pill to swallow, because it is certainly a great introduction to Yuffie. The DLC is also fairly priced, which makes it the cherry on top and well worth the extra price of admission.

As a whole, Final Fantasy VII Remake Intergrade is the complete experience. They’ve improved on the visual fidelity that corrected a lot of the hiccups from the PS4 version, while adding the INTERmission side content enables the story to open up to a much larger world away from the Midgar-centric stage.

All this really does is make us more thirsty for part 2, whenever that is.

*Final Fantasy VII Remake Intergrade was reviewed on a PS5 with a review code from the publisher. 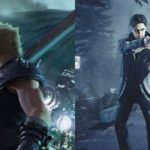 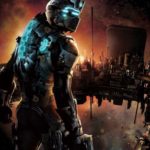 EA reportedly announcing a new game from an ‘established IP’, could be Dead Space