Ghost of Tsushima Director’s Cut, the upcoming release that will include an all new Iki Island expansion, will not only feature much awaited PS5 updates, but also a new story arc that Jin Sakai can conquer as he sets foot on Iki Island.

A post on the PlayStation Blog gives us an early look at what lies ahead for Jin, the new characters he will meet, and the dangers he will face.

A mysterious Mongol tribe led by a shaman named Ankhsar Khatun, known as “The Eagle” to her followers, have set foot on Iki Island and it is up to Jin to return to the island that he has set foot on once before, but this time to confront a new enemy but at the same time face old fears.

Iki Island, a war-torn and lawless land, is different from Tsushima, and Jin must do whatever it takes to save the island from succumbing to a danger that threatens the whole of Japan. 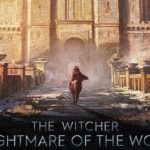 The Witcher: Nightmare of the Wolf voice cast and characters revealed 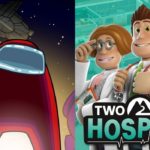