The GTA Trilogy – Definitive Edition was released over the weekend to the anticipation of fans worldwide. These games are some of the most classic titles from the franchise and despite a full $60 price tag on all 3 games, fans were ready to jump right back into Grove Street without hesitation.

What players experienced across all versions released was far from the feel-good trip down memory lane. In fact, complaints from across all platforms came in hot and heavy, prompting players to review bomb the game over the shoddy release that clearly needed more time in the oven.

Apart from bugs, players have been complaining about graphical issues as well, pointing out how some of the characters in-game looked worse than their previously released counterparts which in turn prompted a huge call for refunds.

Because of this, players have proceeded to review bomb the release, and as of writing, these are the current Metacritic user ratings for each platform.

These user scores are pretty awful and are a far cry from Cyberpunk 2077, which was the whipping boy from last year. Cyberpunk 2077 was released to horrible console reviews and consequently, user reviews as low as 3.7 for the PlayStation 4, prompting Sony to remove it temporarily from the PS Store.

It will be interesting to see how Rockstar will respond to this outrage from the players and how it will negatively affect the upcoming PS5 and Xbox Series edition for Grand Theft Auto V. 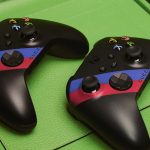 Xbox and Gucci Collaboration Limited To only 100 Units Worldwide 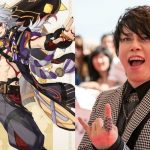 Genshin Impact’s Arataki Itto Will Be Voiced By T.M. Revolution