Riot Games has been firing on all cylinders lately, especially with the recent release of Arcane, now the number 1 show on Netflix in the Philippines. To keep the momentum up, their publishing arm Riot Forge has announced a whole new game set in the LoL universe from for the Nintendo Switch and PC, with a Netflix Games release coming soon as well.

Entitled Hextech Mayhem: A League of Legends Story, from developers Choice Provisions, is a rhythm-based runner starring the adorable bomber Ziggs. Players will have to follow a beat all while jumping and avoiding obstacles while facing off against Heimerdinger.

Check out the official trailer below:

More details about the game will be announced during a Riot Forge showcase on November 16.

Hextech Mayhem: A League of Legends Story will be released on November 16 for the Switch and PC via Steam, GOG, and Epic Games for $9.99. 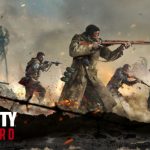 Call of Duty: Vanguard Review – Played It Safe When It Shouldn’t Have 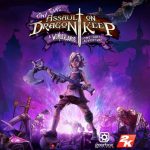