Marvel vs. Capcom 2, arguably one of the more popular fighting games out there despite being over 20 years old, could be seeing a remaster if reports hold true.

A company by the name of Digital Eclipse headed by Mike Mika confirms in a very insightful interview with GamerHubTV that discussions have started and where it goes from there will really be up to both Disney and Capcom.

Early in the interview, at around the 1:28 mark, Mika shares an interesting point saying that “We’ve begun some discussions on that right now and we’re trying to see how far we can go. But ultimately, at the end of the day, it’s really not up to us, parts of it are owned by 2 different, really large entities that have a lot of reasons why they would want or not want to do some of that that we’re not privy to, so all we can really do is just make the best case possible and try to make it easy for them, and see if they’re interested.”

You can listen to the full interview below:

If you’re not quite familiar with Digital Eclipse, they released a Marvel vs. Capcom 2 port for both the PS3 and Xbox 360 back in the day as Backbone Entertainment.

Just recently, a #FREEMVC2 movement by Maximilian Dood over at Twitter exploded with support from the community, showing that there is indeed interest in seeing a new version Marvel vs. Capcom 2 released to the public with some much-needed updates like better netcode ala Guilty Gear Strive.

Of course, there are indeed many things going on behind the scenes that may complicate the whole matter apart from just giving it the HD treatment or whatever a remaster entails. Things like licenses are a huge factor as well, so it’ll be interesting to see if talks do indeed continue from this initial push.

Would you want to see a remastered release of Marvel vs. Capcom 2 for modern-day consoles? 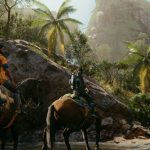 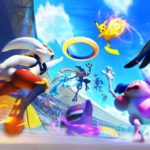