Kicking off the recently concluded Monster Hunter Digital Event was Monster Hunter Stories 2: Wings of Ruin, which is set to release on July 9, with pre-orders now available!

Plesioth, Bazel, Tobi, Paolumu, Gammoth, Glavenus, Mizutsune, Yian Garuga, and even more Riders, Hunters, and Monsties were shown-off in a new action packed trailer. Lilia and Reverto from the first Stories game are back, but it seems like they aren’t exactly your immediate allies, as they come with Hunters that generally don’t get along well with our character’s community of Riders.

It was revealed that cross-game cosmetic-only layered armor for both Monster Hunter Stories 2 and Rise can be unlocked it you have save data from the other game.

Further along in the presentation, it’s shown that Stories 2 comes with a lot of bells and whistles on its combat system, with a Rock Paper Scissors mechanic (Power > Technical > Speed) fitted along a part-targeting (and breaking) system.

The turn-based style is inherited from the first game, now with up to 4 possible characters on the player’s side available via Battle Buddies, with new “super” attacks in the form of Kinship Skills.

Monster Hunter Stories seems to be evolving greatly on its own as a younger-market spinoff, and it is looking to be another great title for Monster Hunter fans. A shiny Collector’s Edition has also been announced recently!

Monster Hunter Stories 2: Wings of Ruin will release on July 9 for the Nintendo Switch and PC. 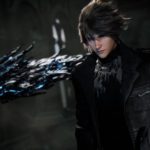 Feast your eyes on 18 minutes of Lost Soul Aside gameplay 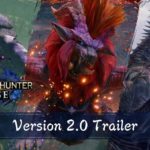