We’re about 2 weeks away from the launch of NBA 2K22 and finally, 2K have released its first official gameplay trailer featuring some of the hottest superstars of the league and the latest rosters.

Of course, as you would expect, the trailer will show some cinematic aspects to it but it is certainly taken from the ‘next-gen’ versions of the game so everything from the player models down to the sweat will faithfully be reflected in the final version.

Check it out below!

Notably missing from the trailer are reigning MVP Nikola Jokic and Finals MVP Giannis Antetokounmpo but we do get to see some highlights from the young guns of the league like LaMelo Ball, Cover athlete Luka Doncic, and even first-pick Cade Cunningham.

Along with this trailer, NBA 2K22 also announced some new innovations courtesy of a brand new courtside report: 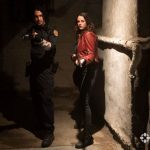 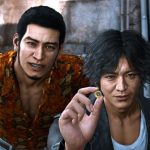