Diablo II: Resurrected is now live worldwide, and fans looking forward to jumping in and battling it out with the hordes of Hell can be assured that the game captures the feel of the original that made it such a hit.

From the many upgrades brought about by the remaster, the visuals shine the brightest, breathing new life into the game with stunning graphics and effects. Apart from the talented devs at Vicarious Visions, one of the studios that helped bring Diablo II: Resurrected to life is our very own Pixel Mafia, who has previously worked on numerous high-profile AAA games like Cyberpunk 2077 and Halo Infinite.

Announced on their social media channels, Pixel Mafia thanked Blizzard and Vicarious Visions for the opportunity to work on the game and congratulated their partners on the launch.

We’re not quite sure what specific sections of the game the Pixel Mafia team worked on, but seeing the talent on board and knowing what they are capable of, we’re no longer surprised that their output is always top-notch. 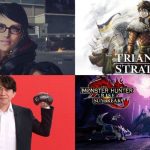