Ever since it was announced earlier this year, fans have been waiting in anticipation for the return of what is arguably one of the games that defined the childhood of many. Diablo II is such an icon in the industry that it puts so much pressure on the devs to make a faithful yet good remaster. Luckily for fans, the talented folks at Vicarious Visions (now part of Blizzard Entertainment) were up to the task, to the relief of many.

Just last month, a Diablo II: Resurrected Beta opened up the game to the public, giving a peek at what’s in store for brave adventurers before its worldwide release. It felt like the Diablo II that we knew and loved with some much-appreciated quality of life additions, but also with glaring hiccups that needed to be addressed prior to its worldwide release.

After a 20 year wait (well, 21), the gates of hell open up once again to welcome brave souls as they hack and slash their way to face off against the lord of destruction.

Diablo II is iconic for a reason. Its hack-and-slash and looting action coupled with sprawling areas to discover and nightmarish fiends to slay make for a highly addictive gameplay loop. Offering multiple classes each with distinct gameplay mechanics, the game was certainly the epitome of a time sink.

The same can be certainly be said of Diablo II: Resurrected, where Blizzard tried really hard to capture the heart and soul of the original. For the most part, they succeeded.

Diablo II: Resurrected features the full roster of classes – from the mighty Barbarian to the crafty Assassin – along with all 5 acts (including the Lord of Destruction Expansion) that make it the definitive version of Diablo II. Apart from all of the content, the most noticeable upgrades are from the graphical department, which looks all sorts of amazing.

From the character models down to the grassy fields and numerous hordes of hell, everything in the game has been given a makeover that strikes a balance between something old and new, something unmistakably “Diablo”.

Fire and lightning effects look fantastic and seeing your abilities fill up the screen in an array of light really brings everything to life in stunning 4K 60fps without any noticeable hitches on the PlayStation 5, which will have performance and resolution mode options for those who prefer one over the other.

In particular, it’s the little things that really stand out, where you can see the new 3D character models that move fluidly around the map and even with how shiny the Town Portal looks. Much care has been given from a visual standpoint, and it really shows.

The graphical updates don’t stop there, as Blizzard has overhauled all of the in-game cinematics, rebuilding everything from the ground up to offer a more modern look at the story and the characters of the game. Paired with a remastered effort of all audio in the game, it certainly ticks off the boxes of how a game would look and sound in this current day and age.

The beta from a little over a month ago showed a promising work in progress, and with the time we spent here in the final release, Blizzard did a great job with listening to feedback and ensuring that the game was ready for its time in the spotlight.

In particular, the Necromancer and Assassin are finally playable after their absence during the beta. I may be a bit biased towards the Necromancer since it was my main class from years back, but seeing him again in all his glory felt like a good hit of nostalgia especially when he gets his bone army moving along.

One of the biggest complaints we had during the beta was a noticeable delay from when you press the attack button to when the actual damage registers in the game, which felt like playing with a half-second handicap. That’s been fixed here, and players can now enjoy a smooth and seamless experience upon booting up the game.

Players are also given the option to create an online or offline character depending on how they want to interact with the game. Online characters cannot be used offline and vice versa, and online characters are also required for online multiplayer with friends or via matchmaking, participating in the ladder, and cross-progression. Coming from Diablo III which allowed both to cross over, this felt like a step back but in line with keeping true to the classic experience, the design decision made sense.

Of course, playing online will bring some caveats. During the course of our gameplay, we experienced some occasional rubberbanding, and while it was not frequent enough to ruin the experience, the true test would be when the game launches to thousands of players around the world.

Diablo II: Resurrected also features controller support and learning from Diablo III, the experience felt extremely natural. The game manages to give off nearly the same level of choice as mapping out your hotkeys on the PC. You’ll be using nearly every button on your controller, and being able to freely bind commands to any button you want really made it feel like an experience you can call your own.

Among the various quality of life improvements, auto gold pick-up was a standout addition that really changes up the experience. Players are also presented with multiple audio and video accessibility options that are a nice addition, and shows that the devs were really thinking of and listening to the players.

Just like the original from over two decades ago, Diablo II: Resurrected proves to be another great outing from the folks at Vicarious Visions. Not only were they able to keep the charm and feel of the original game intact, but they also introduced very sensible upgrades that fully realize the vision of Diablo II.

The public beta had us a bit worried, seeing as there were glaring bugs that needed fixing. All of it, at least from our point of view, has been fixed, giving us a smooth and seamless experience right from the start.

Whether you wish to take on the Lord of Terror alone or with friends, Diablo II: Resurrected is a worthwhile return for an iconic action RPG that shouldn’t be missed.

Diablo II: Resurrected is now available for the PS4, PS5, Xbox One, Xbox Series, Switch, and PC starting at $39.99.

*Diablo II: Resurrected was reviewed on a PlayStation 4 and PlayStation 5 via a review code provided by the publisher. 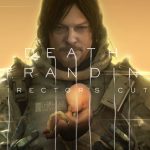 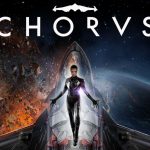