Take a look at the first screenshots of the upcoming title The Lord of the Rings: Gollum for the next-gen consoles

We’re getting to that point where slowly, reveals and gameplay footage from the next generation titles will start making its way online. Xbox will be holding an event later this week to showcase some sweet gameplay and while we’re stoked for that, Daedalic Entertainment took to the stage as well to show off some screenshots for its upcoming title, The Lord of the Rings: Gollum.

Gamestar.de and Twitter User Nibel broke the news and shared some fascinating screenshots of the PlayStation 5 announced title and there’s quite a lot to see – Gollum with what looks like dialog choices, giant spiders, Mordor, a glimpse of what looks to be Mount Doom… So precious!

Check out the gallery below:

The Lord of the Rings: Gollum is currently scheduled for the PS5, Xbox Series X, and PC in 2021. 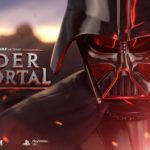 Wield the Dark Side of the Force with Vader Immortal: A Star Wars VR Series, this Summer for PSVR 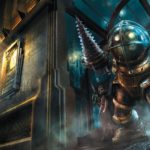