Tales of Arise is the latest entry in the long-running franchise and a highly anticipated release scheduled for later this year. Bandai Namco has released a new trailer, alongside an interview with composer Motoi Sakuraba, that features some of the side activities you can do in-game, which involve things like camping, cooking, and a feature that really completes any RPG experience – Fishing!

In Tales of Arise, character development is put into focus, and there will be various sequences that will further narrate encounters between them like Event Movies, Animations cutscenes, Skit, and Short Chats. In particular, animation cutscenes in the game will be done by none other than Ufotable, the same studio known for works like Demon Slayer: Kimetsu no Yaiba.

Cooking, a series staple, will also make its return and will be an integral part of the game which will provide your team members with buffs that will be helpful during battles. You’ll also get a chance to manage a farm where you can harvest ingredients for all of your cooking needs.

A variety of mini-games and side activities will also be available, like finding Hootle’s friends for special rewards, collecting artifacts that can be worn for various buffs, and fishing, which is a specialty of Kisara.

Tales of Arise will be available on September 9, 2021 for the PS4, PS5, Xbox One, Xbox Series, and PC. Pre-orders for the game are available on the Bandai Namco Entertainment Asia Store and participating retailers. 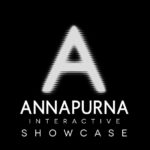 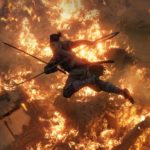