There has been very little talk about Naughty Dog and The Last of Us Part II recently, especially about its planned multiplayer release. Just the other day, a dataminer found some interesting assets that could suggest a battle royale mode in the game.

A 5-minute video posted by Speclizer on Youtube shows some assets in The Last of Us Part II that might point towards a multiplayer mode in the game. There’s a map that shows a number of places in the story mode of the game that have been put together to form one big area – Adler Plaza (Motel, Music Store, etc), Port of Camallito (Port 66 and Parking Lot), and more.

When put together, all of these areas for a very big area, big enough for something like a multiplayer battle royale mode, which could be rather interesting.

Other items in the datamine showed some items that could possibly be used in the multiplayer mode like a listening device, a collar (for dogs?), and a handheld television. There were even armor and backpack files found among others.

Check out the video below:

While all of these files look very interesting, this has to be taken with a grain of salt. There have been no confirmations by either Sony or Naughty Dog about this, and there hasn’t been any news about what the studio has been working on for quite some time now.

Assets like these may have been left in-game but don’t indicate anything else other than test items. Long story short, they could mean something, but they could also mean nothing at all, so temper your expectations.

Whatever the case, does the prospect of a battle royale mode in The Last of Us Part II tickle your fancy? 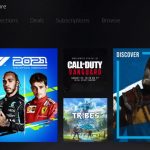 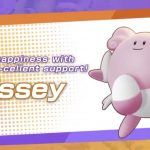